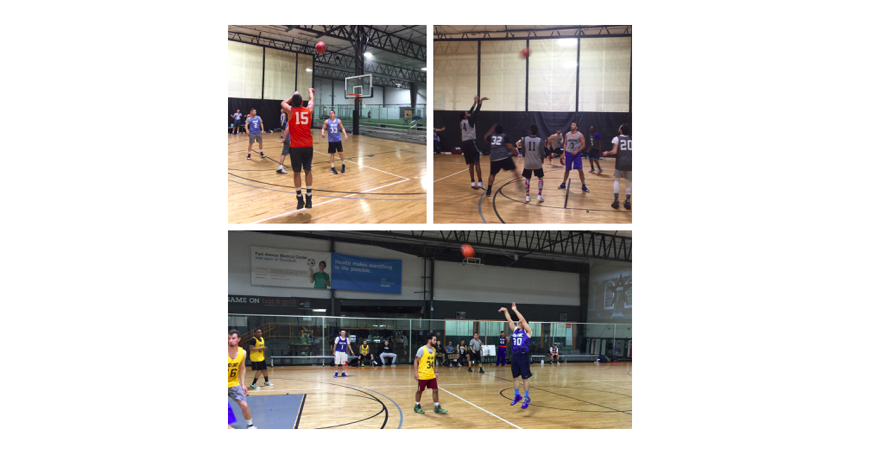 The Weekly Rebound S3E6: Sam Leventhal is joined by Joey Zocco to go over the Week 6 action, and discuss the keys to the game for Week 6. Then Leventhal is finally joined by three-time champ Jibril Chisholm for his long-awaited interview (1:11:30).

After starting out their season with three consecutive wins, the Flint Tropics have now surprisingly suffered two straight losses against Team Moose in week four, and against the Monstars in week five. Despite what the scoreboards said, the Flint Tropics still looked like a championship caliber team as they competed head-to-head with two of the strongest teams in the league. In week six, they face a Double Dribblers roster still searching for their first win. The Double Dribblers have had flashes of cohesion as a team, but need all their guys present to pick up where they left off.

STP has been one of the hottest teams in the league over the last 3 weeks, picking up three consecutive wins as they climb their way up the power rankings. This team has a very balanced roster, consistent of two four-man squads which equally contribute to the team’s winning efforts. STP is looking at a very nice matchup for themselves against a Fry Time roster that just can’t seem to find a win this season. Fry Time has a lineup with a ton of size, yet find themselves settling for outside shots way too often. In order for them to stand a chance against STP, they need to control the paint on both ends of the floor.

Something should immediately jump out at you when previewing this matchup, and no…it’s not Eric Singleton. It’s the fact that neither of these teams played a game last week! Due to the holiday, both of these teams were on opposite sides of forfeited affairs. Sportslook picked up a free win from Team Moose, while Lob 203 tacked on their third loss from The Throne. It will be interesting to see how each team responds to the added rest, or perhaps, the loss of momentum. This game could mean a lot to both teams with the playoff implications starting to creep into the conversation, so expect a high intensity matchup jam-packed with dimes and dunks.

The Monstars are coming off their toughest win of the season, after taking down a Flint Tropics team that has impressed many of us so far this summer. Now, they set their eyes on what could very well be their easiest win of the season against Sometimes Y. It’s hard to search for a glimmer of hope if you’re Sometimes Y in this one. The defending champion Monstars pose too large of a problem for them on both ends of the floor. For the fans, you can likely expect the Monstars to put on their signature dunk show as they usually tend to do in blowout affairs.

There is little to be said in this preview that can properly give this game the type of hype that it deserves. No Limit and Run TMC have had this matchup circled on the calendar since the day the schedule was released. There has been a lot of friendly chirping from both sides heading into this one, so we’ll see who can back it up on Monday night. While No Limit is the clear favorite on paper, expect to see a Run TMC team that’s in desperate need of a win. With Run TMC sitting at 2-3 on the season, a huge win over No Limit has the potential to completely turn their season around. A loss however, can badly damage their chances of making the playoffs as the high seed they expect to be.

The Bad Boyz redeemed their heart breaking week four loss against Redemption with a blowout win against Sometimes Y in week five. Looking at their week six matchup, they take on a scrappy Untouchabulls team that has not been able to consistently put it all together this season. Since week one, the Bad Boyz have overhauled their roster and look to continue to make strides forward in the second half of the regular season. This one features a battle of star point guards in Chris Rosario and Jaylon Eggleston. Whichever team comes out on top in this one, will likely owe much of the credit to one of these key players.

In what may be the most highly anticipated matchup of the week, the undefeated Brotherhood take on arguably the best defensive team in the league in Team Moose. The deadly scoring duo of Mike Davis and Russ Payton has not been stopped yet in Legacy Leagues history, but Team Moose pose a serious threat to their flawless record. Team Moose will need to bring their best defense to compete with The Brotherhood in this one. What happens when an unstoppable force meets an immovable object? Find out Monday night when The Brotherhood take on Team Moose.

Goon Squad got back on track in week five with a nice win against Redemption. Neither team had a bench at their disposal, which gave Goon Squad the edge due to their experience playing with limited depth. In week six they take on a Sensual Chocolate team that is hitting their stride at the right time. Led by Carmine Santorelli, Sensual Chocolate has climbed their way up the power rankings during their three-game winning streak. To their credit, Goon Squad has built respect in the Legacy Leagues due to their ability to compete with the best teams. In this one, I’d expect another gritty game decided by no less than a few buckets either way.

Stranger Danger has been one of the most unpredictable teams to analyze this season. Their roster is stacked with talented players, yet the team chemistry has been questionable to say the least. Stranger Danger will take on a Redemption team who is coming off their second defeat of the season against Goon Squad in week five. Redemption played with no bench, which was highly unusual for a team that is known for their depth and versatility. If Redemption gets their players back for week six, expect a highly-competitive matchup between two teams with intentions of making a run in the playoffs.

The Throne picked up a free win from Lob 203 in week five. The Throne have been one of the hottest teams in the league since suffering a defeat at the hands of the Monstars in week one. They take on a young Flight Club team that’s working with some momentum in their favor after defeating Fry Time last week. With The Throne missing a week of action, we’ll see if they look rested or rusty on Monday night. For the fans, a story line to follow is that Joe Baccielo is expected to make his much anticipated return for The Throne.