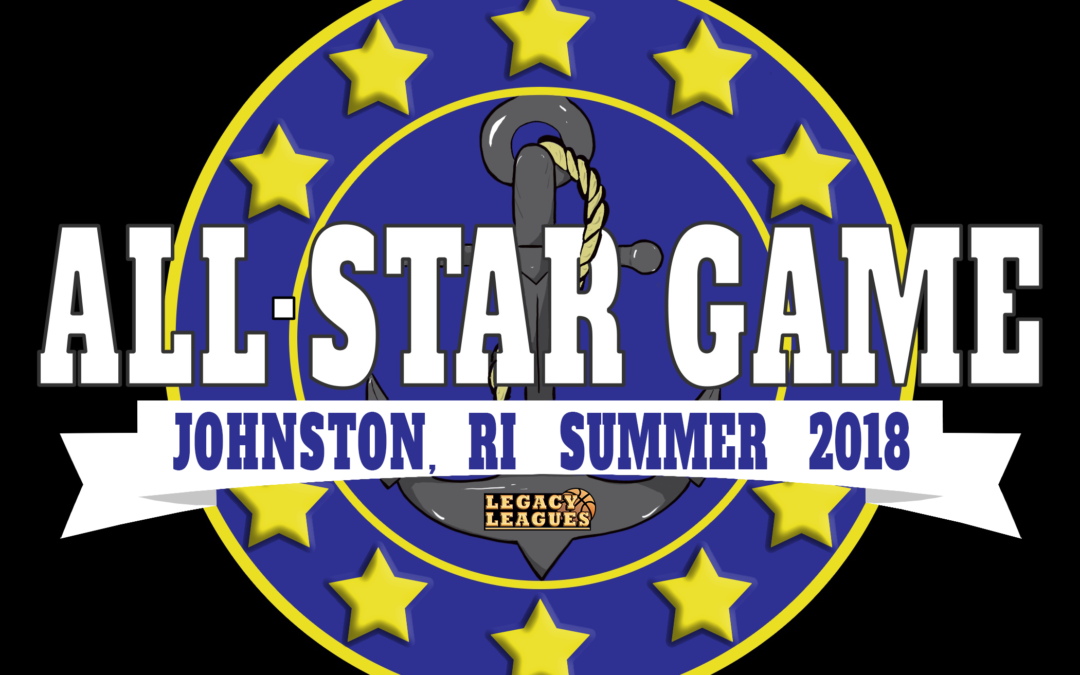 All-Star Night started with a bang, as Victor Kashouh Jr. and Jared Hanson both showed off their talents winning the Slam Dunk Contest and Three-Point Contest, respectively. It was the first time the Rhode Island Legacy Leagues showcased a dunk and three-point contest for All-Star Night.

To kick off the evening, Kashouh Jr. topped both Randy Butler and Brian Heston in the Slam Dunk Contest. His first dunk, a viscous one-handed slam, scored a 25 from judges Marc Belleville, Cody Crawford, and Greg Holt.

After Randy Butler jumped over Lucas Martin for his second attempt and Brian Heston completed a crazy alley-oop from teammate Gino Forte, Kashouh Jr. needed at least a 26 in his second dunk to advance.

He took an alley-oop off the side of the backboard from Tyler Barbosa and finished with two hands, scoring a 27 and advancing him to the Finals against Butler. For the final round, Butler started by trying to jump over three children from the crowd, however finished by taking a simple alley-oop from Barbosa to score 24. Kashouh Jr. then threw down a between-the-legs dunk for a 27 and the trophy.

“I tried something tough at first,” Kashouh Jr. said about the final dunk. “I went for the lob and it was tough to time, but it was a dunk I knew I could put down. Through the legs, it’s no big deal.”

Following the Dunk Contest, six of the best shooters took the floor for the Three-Point Competition. Cody Crawford was heavily favored, however, he was eliminated after the first round with Gino Forte and Lucas Martin. Jared Hanson blew everyone out of the water, scoring 21 in the first round with the next highest being 13.

In the final round, Hanson was up against Mike Bandieri and Tyler Barbosa. After the first two shooters, Barbosa led Bandieri by three points, 11-8. However, about 45 seconds into Hanson’s round, none of that mattered. He ended up scoring 20 points in the final round to win the Three-Point Contest with ease.

“Make the first racks count so the pressures over,” Hanson said of his mindset going into the last round.

“When did I hit 11?,” Hanson said of his Final round performance. “Third rack? At that point, it was smooth sailing.”