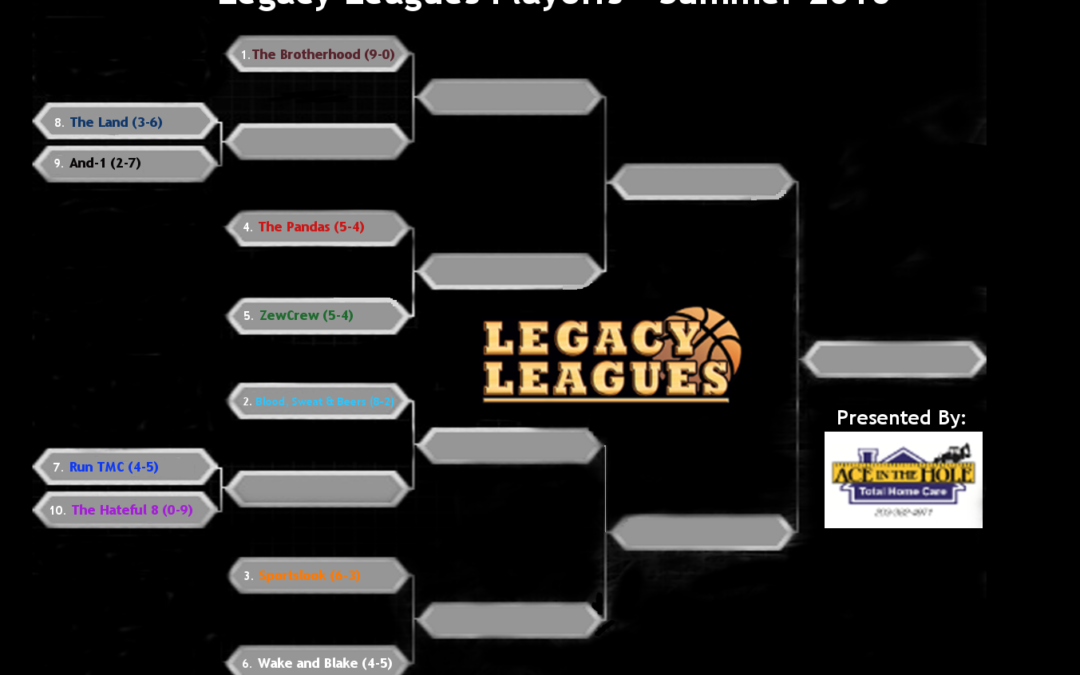 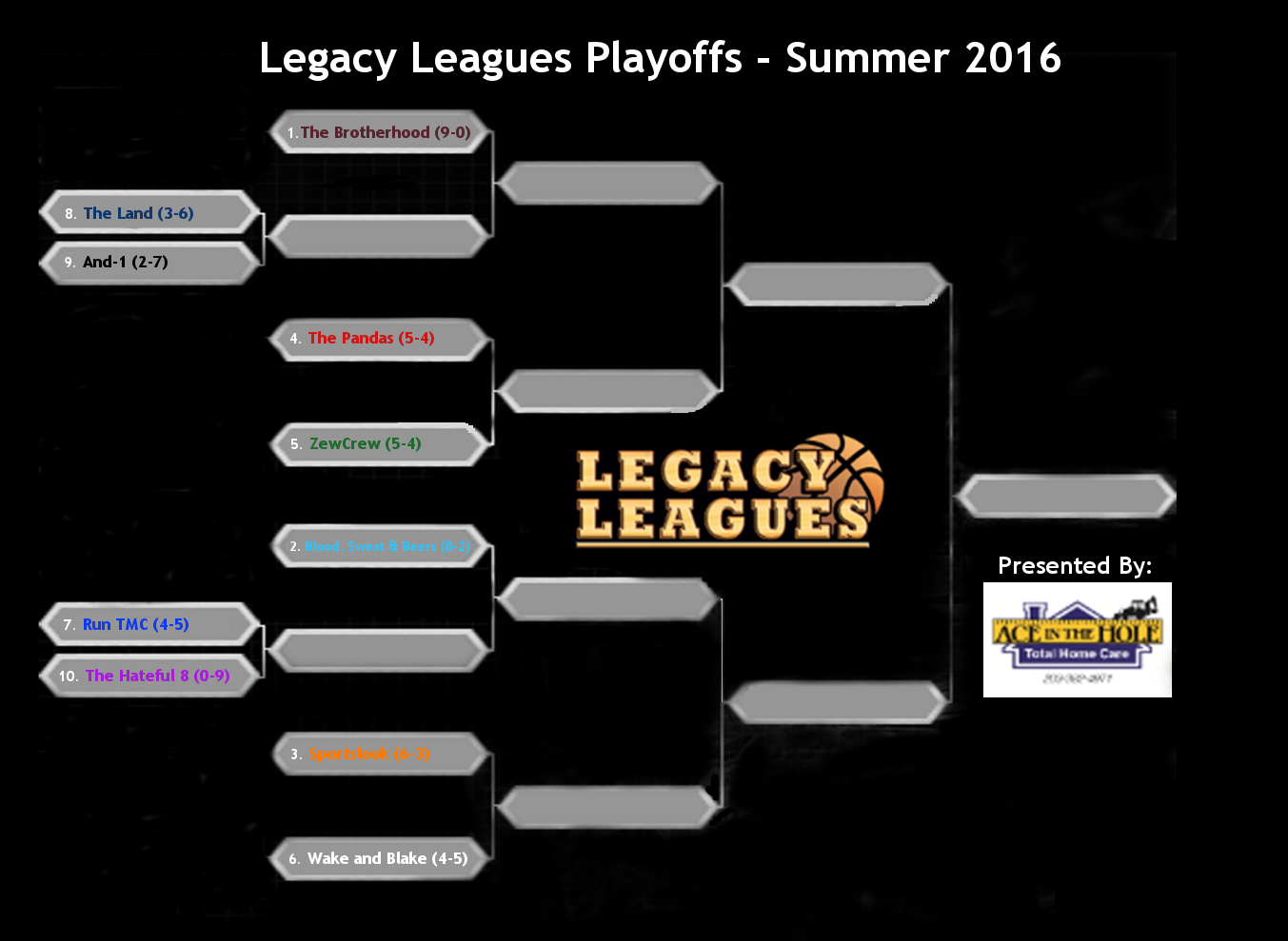 The playoffs begin on Tuesday, August 9, and are a single-elimination tournament. The schedule for the postseason is as follows: (all games at Insports in Trumbull, Connecticut)