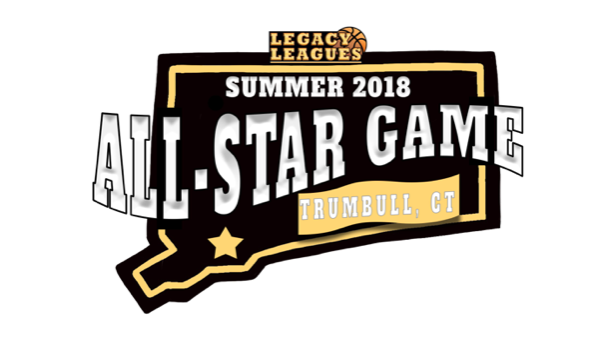 The All-Star Game is a chance to see the best of the best put their skills on display while having a little bit of fun doing it. This year’s All-Star Game looks like it is shaping up to be one of the most exciting in league history.

The captains are Will Hudson, of Run TMC, and Keivon Turnbull, of the Rim Breakers, and after a coin toss, Team Hudson was awarded the first pick. The pool of All-Stars the two captains chose from was voted on by Legacy Leagues analysts and tallied up to give us our Summer 2018 All-Stars.

Hudson had a tough choice to make with his first pick. Does he select his teammate, and MVP hopeful, Reggie Stewart? There is also Mike Davis to consider, another potential MVP candidate having a huge year. Hudson opted to instead get under his opposing captain’s skin right away, and select Turnbull’s teammate, Gerald Mclease. Mclease was unexpected but is having himself a huge rookie year. Mclease averaged 22.8 points per game, 5.8 rebounds, and 2.1 assists during his rookie campaign.

Turnbull answered right back by selecting Reggie Stewart, effectively getting some revenge on Hudson for picking his teammate first. Stewart has been arguably the best player in the league this season. He averaged 25.3 points per game, 8.4 rebounds, and 6.5 assists per game. Those are very impressive numbers that more than explain why Turnbull couldn’t turn down drafting him.

The rest of the All-Star rosters filled out like this:

Any way you cut it, these rosters are absolutely stacked and should make for an exciting game full of can’t-miss matchups. Langston guarding Hernandez, his own teammate. Stewart and Singleton trading baskets on opposite sides of the court. Former MVP’s and current teammates, Santorelli and Davis facing off against each other. The plot lines are endless.

Once the dust settled after the draft, the captains were able to shed some light on their roster decisions.

“Jason Hernandez, he’s a bucket. Automatic bucket,” Turnbull said. (Carmine Santorelli) was my steal. He got taken way too late.”

Jason Hernandez has been electric this year for The Throne and many would agree with Turnbull that getting him with the tenth pick was a steal. Carmine Santorelli is a former MVP who fell to the fourth pick, another huge bargain. When you consider Mike Davis, Reggie Stewart, and Gerald Mclease were the three picks before him, you can understand how a stud player like Santorelli could fall in the draft.

“I think the steal of the draft was Erick Langston at five,” Hudson said.

He may be right about that. Langston has arguably been the best defensive player in the league this year. Langston has the second most blocks in the league (20) and has been a defensive stalwart for The Throne all year. His presence alone strikes fear into would-be shooters.  The fact that he was available at five is another testament to how deep the talent is this year in the Legacy Leagues.

Speaking of talent, Team Hudson may have found a hidden gem in Matt Terrasi who is third in points scored this season with 244. His 22.8 points per game are good for sixth in the league and he’s been known to show off some acrobatic dunking skills from time to time, which could make for a great show.

Team Turnbull reached into the pot of Legacy Leagues analysts and pulled out Mike Slattery of Nothing Easy. This will be Slattery’s second All-Star appearance after putting together a great Summer 2018 season. Slattery was dynamic off the bench this season, starting only two games but averaging 15.9 points in the nine total games he played in. Slattery accomplished that on 56.7 percent shooting, good for fourteenth in the league.

Joe Nemchek caps off an electrifying rookie season for J’s, Treys and Fadeaways with his first All-Star Game selection. Nemchek was fourth in the league in points per game, averaging 24.1, the most of any rookie. Team Turnbull might regret letting Nemchek slip all the way to the eleventh pick for Team Hudson.

This is bound to be a Legacy Leagues All-Star game for the ages. Every player selected has been dominating the league all season and will try to put on an incredible show when Team Hudson takes on Team Turnbull. There’s no telling what could happen but I can at least guarantee there will be no shortage of crazy, unbelievable plays from the best that Legacy Leagues has to offer.