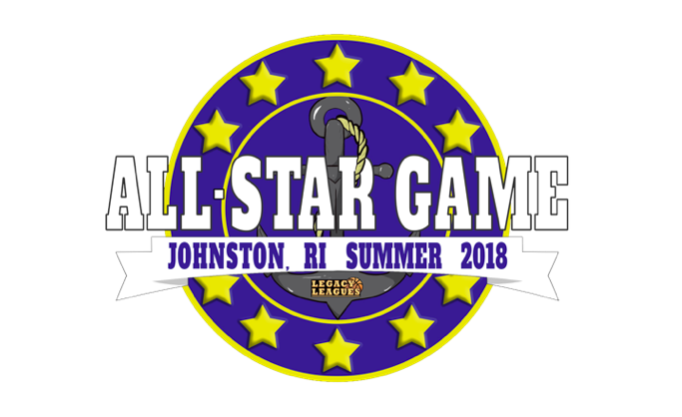 With our third-annual All-Star Game right around the corner in Rhode Island, we have a lot to look forward to this upcoming week as the best of the best face off for some spirited Legacy Leagues action. Randy Butler and Tyler Barbosa, teammates from the Swish Kabobs, were selected as captains for this year’s showcase. It is the second consecutive year we’ve had All-Star teammates be separated for the All-Star festivities .

Barbosa won the coin toss and elected to select Nate Stichell, front runner for League MVP, with the first overall pick. Stichell was followed by sharpshooter and the league leader in scoring, Cody Crawford, to team Butler. We are certainly not lacking talent on either side, as both rosters fill out as such:

Randy Butler’s team is extremely guard heavy as he will most likely have to guard any bigs Team Barbosa sends his way. This will allow his team to play at a very fast pace, which is expected when it comes to All-Star games. Team Butler has a plethora of three-point shooters which will make it tough for Barbosa’s squad to match.

Team Barbosa is not exactly short on shooters on the other side, however, with players such as Nate Stichell, Greg Holt and Michael Palumbo. They are definitely the more versatile team as they have the majority of the bigs and high-flyers. With a good mix of post presence and strong guard play, look for Barbosa and company to get out and run early.

Certain players’ play styles absolutely thrive in an All-Star game environment, such as Joey Corro and Trevor DiMicco, who are no strangers to the All-Star Game. Their length and willingness to relentlessly run in transition will allow them to earn a countless number of alley-oops and high-flying slams. Look for Dan Kennedy to make a big splash in the contest as well as he has very similar ability to Corro.

Don’t expect to see too much defense played come Wednesday night. Both teams are going to want to get up and down and have some fun for three quarters, but you better believe if the game is close come crunch time both teams are going to try and pull out the victory. The All-Star game is always fun and games, but the competitive spirit is not so easily quelled with these All-Stars.