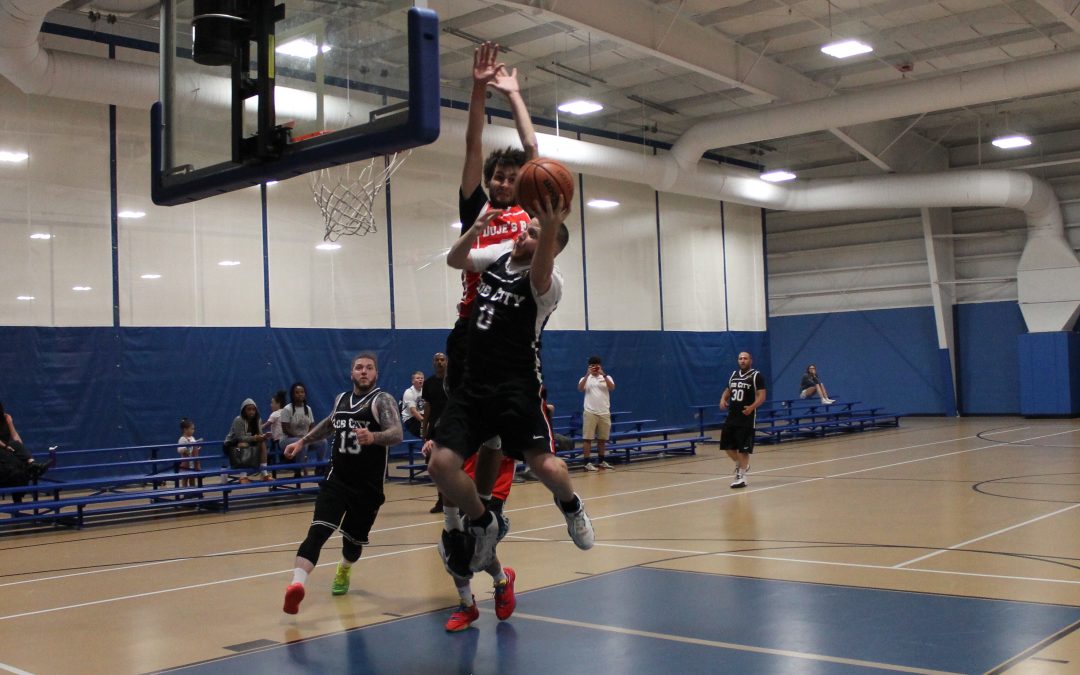 Heading into Week 7 of the Summer 22 season means there are only two games left until teams are locked into their playoff seeds and embark on the one-and-done format playoffs. Every team makes the playoffs, and a difference in seeding could see you playing a well-rounded team who’s record doesn’t reflect how good they are like the Ozone Boys. If two teams have the same record at the end of the season, and each of those teams have played during the regular season, then whichever team won that head-to-head matchup will have the higher seed. If they did not play against each other, and have the same record, then RPI will be used as the first tiebreaker.

The 1-seed and 2-seed are nearly all but locked up. The undefeated Duje’s Boys sit alone at the top of the standings, while Lob City occupies the 2-seed with only one loss. Even if the Duje’s Boys were to lose a game and have the same record as Lob City, since the Duje’s Boys beat them in the regular season they would still hold the top seed heading into the playoffs. Lets take a deeper look for each team and their last two regular season matchups.

The Duje’s Boys, take on Bogy Kicks in Week 7 and then finish the season against the Werewolves in Week 8. If everything goes well, and the Duje’s Boys are able to play the game they want to play and continue to play as a cohesive team, then they should have no problem finishing the season undefeated and claim the 1-seed heading into the playoffs.

Lob City takes on the Ozone Boys in Week 7 and then finish the season against a tough Sin City team in Week 8. Lob City is one of the original teams in this league, and the chemistry they have on the court is second to none. Even when they don’t have a full team, they still usually outplay their opponent and look unstoppable at points. Lob City should end off the seasons with two more wins giving them a record of 7-1 and locking up the 2-seed.

The RI Warriors take on the Lincoln 18ers in Week 7 and finish the season against Only The Fam in Week 8. The RI Warriors should finish off the season with two more wins, potentially giving them a 6-2 record and more than likely locking up the 3-seed. The RI Warriors have struggled to play defense in some of the games, but they are always able to play quick and score fast, and that is the reason why they should finish the season with two more wins. When all the players show up and hit the shots they need to, they are a tough team that many probably won’t want to face in the Quarterfinals.

The Halfway Crooks take on the Werewolves in Week 7 and finish the season against the Lincoln 18ers. The Halfway Crooks will have a tough matchup next week in the Werewolves, a historic rivalry in the Legacy Leagues. This game will mean a lot, as these two teams could end up with the same record, and the fourth-seed could potentially come down to who wins this game. The Halfway Crooks should end the season on a good note with a win over the Lincoln 18ers, but nothing is guaranteed for a team who has seemed to play to the level of their competition.

Sin City takes on Only The Fam in Week 7, and finish the season against Lob City in Week 8. Sin City struggles to close out games and maintain their lead, which could be a problem for them come playoff time. Sin CIty should finish these last two games at least 1-1, with the loss likely coming from Lob City. These last two weeks matter, as they are fighting for a top 6 seed to avoid playing in the First Round. It will come down to these last two games as well as the results of the other teams near them in the standings. Sin City needs to learn how to close out games and get the defensive stops they need in order to seal the deal and secure the win.

The Ozone Boys take on Lob City, and Lincoln 18ers in Week 7, and finish the season against Bogy Kicks in Week 8. They have two games next week and look to win at least one. They have been struggling this year, with only one win on the season. They will look to finish the season with two wins in their last three games. All of their games have been close this season, but they have been unable to finish strong and win these games. This is a team that could be a dangerous Quarterfinal matchup for a higher-seeded team.

Only The Fam takes on Sin City in Week 7 and finish the season against the RI Warriors in Week 8. Only The Fam started the season 2-0 and haven’t won since. They struggle to keep games close and score as much as their opponents do, while also lacking size and the ability to defend the tougher teams in the league. They look to try and win these last two games to help their seeding and gain some momentum heading into the post season.

The Lincoln 18ers also have two games in Week 7 against the RI Warriors and then the Ozone Boys, and finish the season against the Halfway Crooks in Week 8. The Lincoln 18ers have also struggled in this league with their lone win coming against the winless Bogy Kicks. They lack a star player, but they have players who can score and contribute in stretches. Look for them to play strong and hard throughout the game since they do not give up in any game they are in.

Bogy Kicks takes on the Duje’s Boys in Week 7 and finish the season against the Ozone Boys in Week 8. Bogy Kicks has struggled throughout the season, but have shown glimmers of promise, especially in last week’s game where they nearly defeated the RI Warriors. They aren’t a threat this year in the league, but could make some games close in the final couple weeks of the season.