Sweeney and The Goodfellas top Werewolves in defensive battle 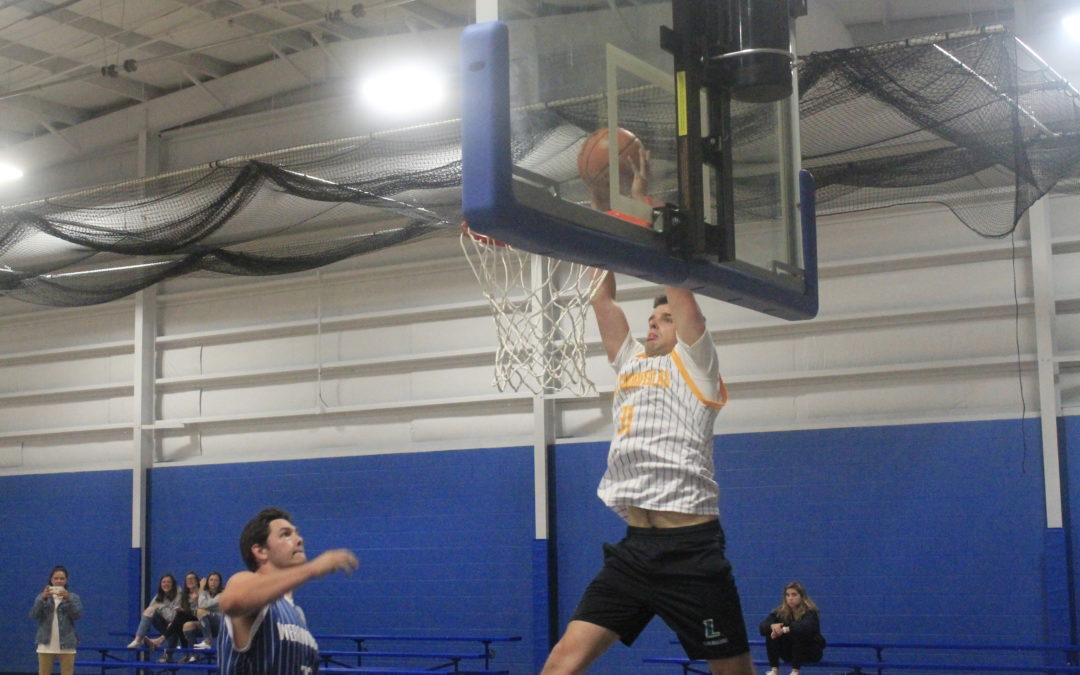 For The Goodfellas, it was Matthew Sweeney that gave them life. His energy in the fast break, on the boards and on defense really made this team move quick and be decisive throughout the game. He finished with 16 points and 12 rebounds. It was a quiet night for MJ Notarianni, but his teams defense is what saved the day.

By only allowing 38 points in the game, The Goodfellas controlled the Werewolves and forced them out of their comfort zone. Especially by playing a fast tempo that the short-staffed Werewolves just could not keep up with.

An overlooked key to success for The Goodfellas was their depth. By keeping their fast tempo they tired out the Werewolves players forcing them to make bad decisions and play sloppy basketball.

Without Heston and Campbell, the Werewolves are a different team. The Goodfellas come away with the gritty win in this one.

“They only had 5 guys, and they seemed to get gassed a little bit,” Tyler Krusz said. “So in the second half we tried to run. The sloppier they got, the less points they scored.”