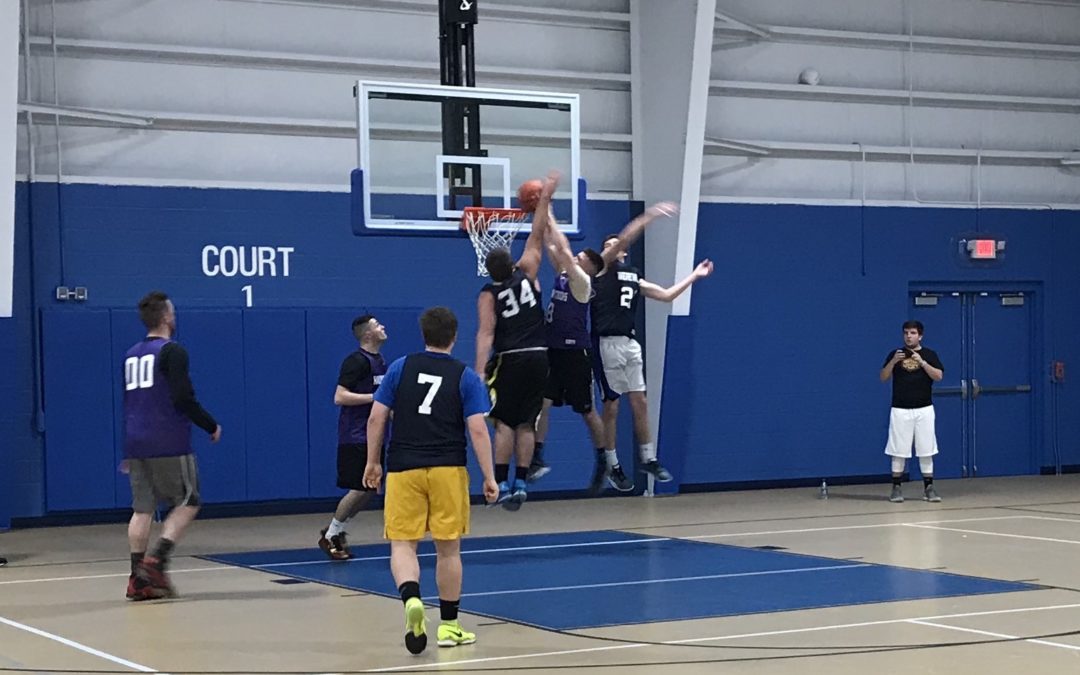 The Werewolves snatched their first victory of the season in thrilling overtime fashion by beating the Halfway Crooks by five in Week 2. Nearly two months later, with the regular season winding down, it was the Halfway Crooks who claimed victory Wednesday night, 56-52.

The win improves the Halfway Crooks to 2-5, while the Werewolves have now lost three-straight to fall to 3-4. With one night of games remaining in the regular season, splitting these matchups was crucial for the Halfway Crooks.

Should the Halfway Crooks beat the Wild Hogs Thursday night, and the Werewolves fall to the Swish Kabobs, the tiebreaker for these two 3-5 teams would be average margin of victory since they both took one of their regular season matchups.

Despite both teams starting very slow, only scoring a combined 35 first-half points, Dylan Lincoln and Gino Forte shined for their respective teams. Both led their teams in scoring Wednesday night. Lincoln finished with 18 points on 5-of-6 shooting, while Forte dropped 19 points.

Brian Heston struggled shooting the ball, scoring 14 points on 4-of-18 shooting. Heston did impact the game in other ways, playing stellar defensive as always and grabbing 16 rebounds.

Both teams found their offensive grooves after the intermission. The Halfway Crooks outscored the Werewolves 39-34 after halftime, but the game was very close down the stretch in the fourth. The Halfway Crooks made their free throws, and got key defensive stops and rebounds when they needed to to come away with the win.