Swish Kabobs come away with close win over Halfway Crooks 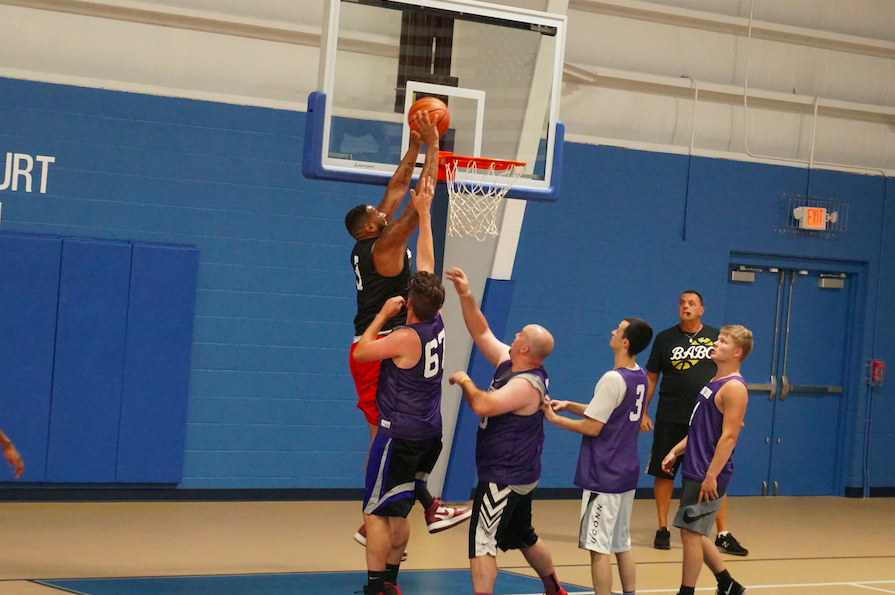 In a game that was close from start to finish, the defense of the Swish Kabobs lifted them over the Halfway Crooks on Tuesday night, 78-75.

At the half, the Swish Kabobs only led by four points, thanks to a hot start from both offenses. Tyler Barbosa led all scorers with 25 points on 66.7 percent shooting, followed by Greg Bell with 19 points of his own.

Bell was a force in the paint, grabbing 10 boards on the night and scoring most of his points around, or over, the rim. Randy Butler and Lane Ukura added 13 and 12, respectively.

The Swish Kabobs forced their opponent into a really poor shooting night, just 33.7 percent, and capitalized by out-rebounding them 35-23. By minimizing the possessions, they were able to maximize the lead, and it helped late in the game.

“We played better defensively,” Lane Ukura said. “We pushed the pace in transition and we’re a more athletic team, so we were able to get out and get easy buckets.”

In the fourth, the Halfway Crooks stormed back, bringing the game to within one at some points. However, thanks to “big buckets” and some stops, the Swish Kabobs were able to come out on top.

“We were definitely pushing the pace,” Ukura said after the game. “When we got the ball we were able to do good things like drive to the basket and get big buckets.”

The Halfway Crooks missed a few late free throws that would have made it closer, or even pushed it to overtime. Jared Hanson, who had 24 on the night, missed a late free throw that could have given his team a chance to tie the game.

A few times down the court, the Halfway Crooks were forced into bad shots, or simply missed good ones when they needed to score. Aside from Hanson, Dylan Lincoln and Mike Wilbur scored 14 and 16, respectively, while Lincoln pulled down nine boards as well.

The Swish Kabobs now own third place in the standings, improving to 6-2 on the season. They square off against Lob City next week, who was just handed their second loss in three seasons on Tuesday night.

As for the Halfway Crooks, they welcome The Bucket Chasers for their last game of the season. Both teams share a 3-5 record heading into the game, and both teams are fighting for the fifth seed int he playoffs. The winner likely sees The Werewolves in the first round of the playoffs.