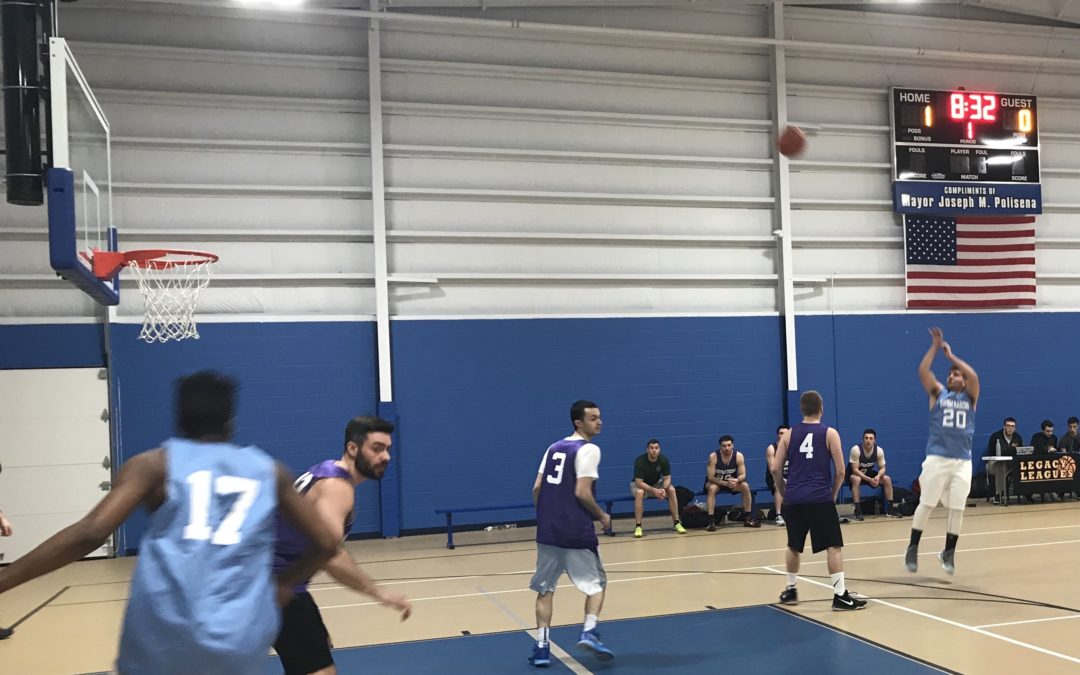 The Swish Kabobs poured in 30 fourth-quarter points to beat the Halfway Crooks, 68-57, and remain undefeated.

In a game where offense was hard to come by for the first three quarters, the Swish Kabobs flipped a switch in the fourth to come out on top in a back-and-forth matchup. With the victory, the Swish Kabobs were able to remain unbeaten, and stand alone in first place with a record of 4-0. They are the only undefeated team left this season.

Tezhan Massey led the way for Swish Kabobs, dropping 16 points while shooting 6-for-11 and pulling down nine boards.

The Swish Kabobs entered tonight coming off of a 25-point blowout victory against the Wild Hogs. Their average margin of victory before this week was 22 points. Prior to tonight, the Swish Kabobs had also never scored less than 78 points in a game, averaging 80.3 points per night.

“We’re not really used to these,” Massey said. “We didn’t come out the way we usually come out. We had to make a couple runs, make a couple stops, and then get them buckets.”

Massey, a Legacy Leagues rookie, has been lighting it up this season. He averages 14.5 points per game and is shooting efficiently, currently 59.5 percent from the field. He was helped tonight by teammate Lane Ukura, who scored 14 points, nine of them from the three-ball. Kyle Vieira and Kyle Valenzuela added 13 and 12 points, respectively.

For the Halfway Crooks, Jared Hanson led all scorers with 20 points, followed by Justin Kolenda with 13. However, it was the defense that stood out for the Halfway Crooks in this matchup. They held an extremely talented Swish Kabobs offense to 40.4 percent shooting and 68 points, more than 12 points less than their average. Even without a win, the Halfway Crooks are proving that they are no easy out, with close losses against Prestige Worldwide (3-1), the Werewolves (3-1), and now Swish Kabobs.

“We got to step up next time,” Massey said. “Come out with fire. High intensity off the jump, and get buckets early.”