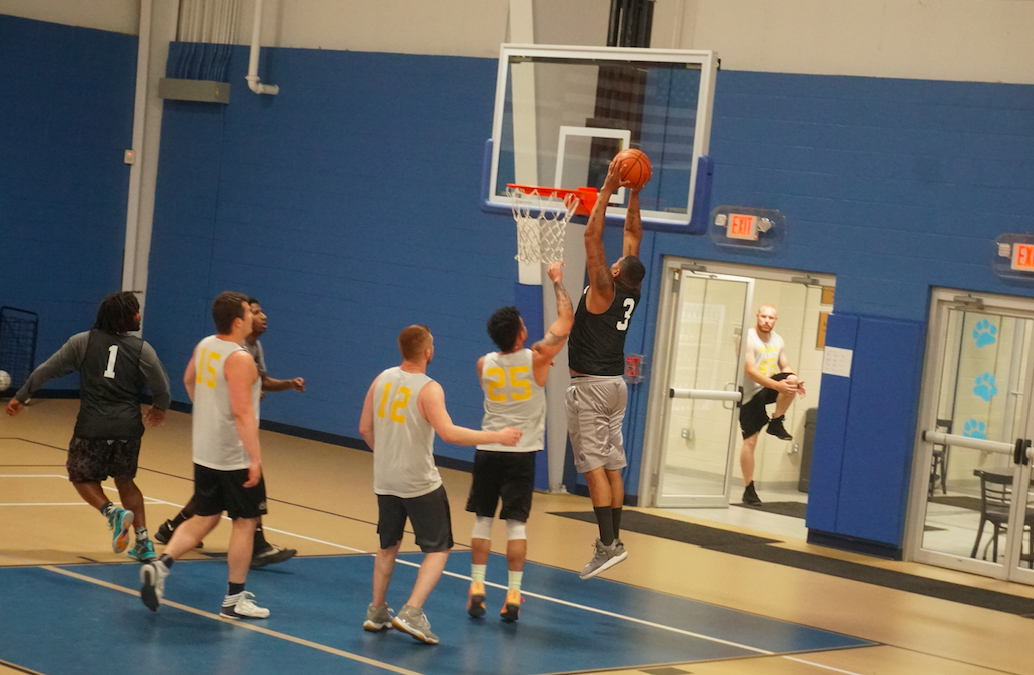 The Swish Kabobs are streaking after a narrow Week Six win against the Bucket Chasers. Superior depth made the difference as the Swish Kabobs came out victorious for the fourth-straight week, 60-51.

This was a close one all the way to the end. The Bucket Chasers had plenty of opportunities to take control, but just couldn’t capitalize. An eight-point deficit at the half turned into thirteen after three quarters as the Swish Kabobs just looked like the fresher team down the stretch.

“It’s just our teamwork,” Randy Butler said. “I feel it’s just getting out and running on them. They didn’t have as many subs as us, so we could just get it, push, and they couldn’t keep up with us honestly.”

Tyler Barbosa was a big part of Swish Kabobs success as he and Butler both scored 18 points, leading the team. Butler mentioned teamwork being the key and Tezhan Massey contributed nine solid points and six rebounds.

Greg Bell added seven of his own, but made his presence felt all over the court with a steal, a block, and six rebounds himself. Sometimes good fundamentals and smart basketball plays can make the biggest impact on a game.

The Bucket Chasers drop to 2-3 on the season after a game that could’ve gone either way. The team committed fifteen personal fouls to the Swish Kabobs six, which led to a 21-6 difference in free-throw attempts.

Sergio Dalomba led the team with a very solid 20 points on a team that only scored 51 points this week. Aiden Wright couldn’t keep the Player of the Week magic going as he only managed 11 points in the loss. Henrique Goncalves contributed 12 points as well, but his four personal fouls certainly hurt the team too.

The Bucket Chasers will look to get back in the win column next week against the Werewolves, while Swish Kabobs will try and keep their win streak going against Shake N’ Bake.

“We wanna continue to get better, while getting used to the league,” Butler said. “Because honestly me and Bell are new to this, and it’s something different”.