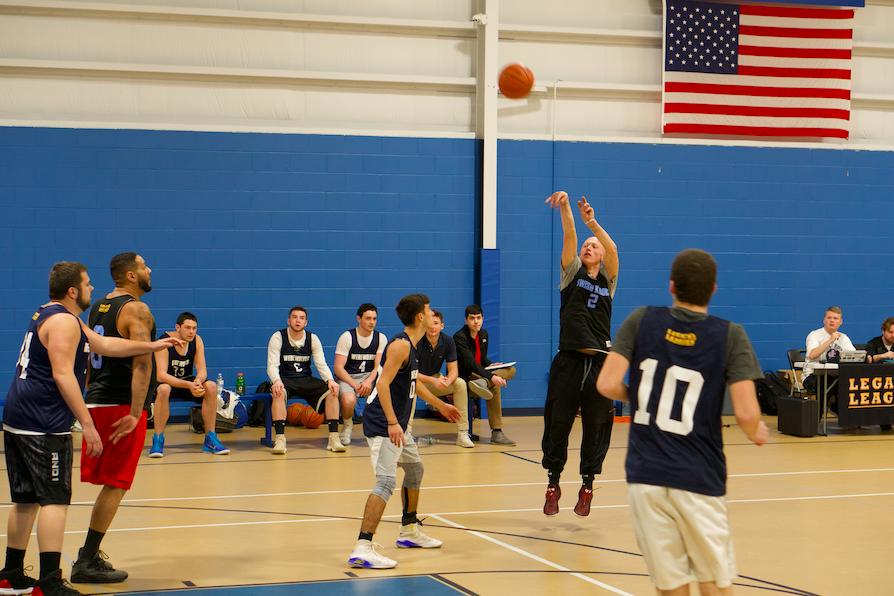 The Swish Kabobs had no substitutions Wednesday night, but it did not slow them down one bit. In a very close game the Swish Kabobs defeated the Werewolves, 71-64, to get off to a 2-0 start this season.

The Swish Kabobs had great individual performances by everyone on their team with three players all getting double-doubles. Cody Platt led the way with 33 points and 13 rebounds. Greg Bell had 20 points and 14 rebounds and Ellis Einhorn contributed 11 points and 11 rebounds.

It was a dominant performance on the glass throughout the game as they out rebounded the Werewolves, 42-33. Most notably, Platt iced the game at the foul line shooting 9-10 on the game and making four clutch ones in the closing minutes.

The Werewolves were led by Brian Hestin who had a big game with 19 points and 13 rebounds in the losing effort. The team had a lot of depth, but were unable to use that to their advantage.

Both teams really struggled shooting the ball from three, shooting a combined 14-for-47. It was a very fast-paced game ,but not a lot of jump shots were made. The Swish Kabobs used their strong inside play to their advantage to get the win.

The Swish Kabobs overcame great adversity with only four players active in Week 3.

“We called some timeouts to get some breathers,” Cody Platt said. “We buckled down when we need to. It was fun.”