Swish Kabobs use big second half to finish off Werewolves 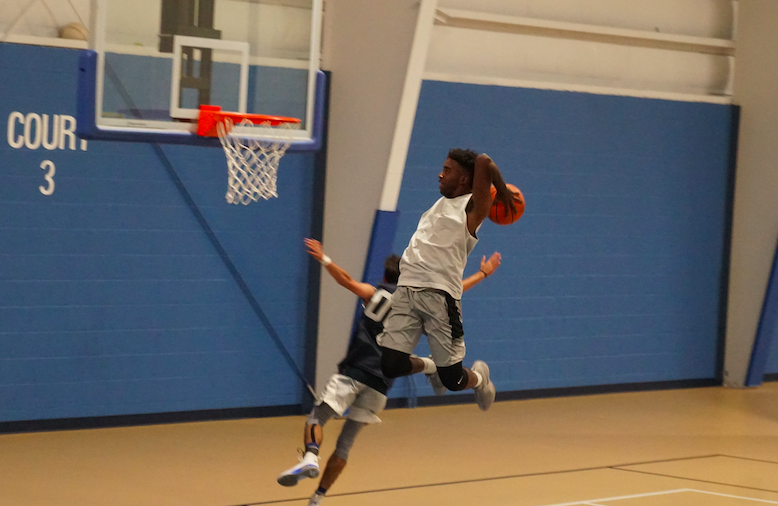 The Swish Kabobs put up 24 points in the fourth quarter to squash a Werewolves comeback and cruise to a 70-50 victory Tuesday night to improve to 3-1 on the season. The game was a bitter welcoming party for Shaine Patrick, however he’ll look to improve next week as he’ll be back in the lineup versus Boom-Shakalaka.

All in all, The Swish Kabobs were more athletic than The Werewolves, and it really showed up around the rim. While the rebounding battle was even, The Werewolves were dominated in the paint.

Greg Bell, in his first game in The Legacy Leagues, was all over the highlight reel, and said it was in the game-plan for the night.

“We just wanted to be more athletic and jump as high as we can,” Bell said. “We try to dunk on any person in the way. We just want to attack the rim, bottom line.”

Randy Butler led The Swish Kabobs in Week 4 with 29 points and 11 rebounds, while Marquis Jones added 19 points and six boards.

For The Werewolves, Brian Heston and Gino Forte combined for 28 points while Matt Borden added 11 of his own. Heston pulled down 11 boards, stuffing a statsheet with three assists, two blocks, and two steals as well. Brad Allen grabbed nine rebounds, as well, to add to their 29 team total.

Shaine Patrick was able to add one three-pointer to his box score, after going down with a knee injury early and continuing to play. His time was limited, and that will likely change, as they are going to need his size to slow down Boom-Shakalaka’s Trevor DiMicco and Nate Stichell next week.

The Swish Kabobs take on the undefeated Lob City squad in Week 5. They handed them their only loss in two and a half seasons last season, and Lob City is coming off of a huge victory this week.

“I feel like Vince Carter ’96 out there,” Bell said. “But I’m probably jumping more like Kobe from 2014. I’m just going to turn around and keep jumping high and try to get as many highlights as possible.”