Swish Kabobs use hot shooting to fend off Wild Hogs 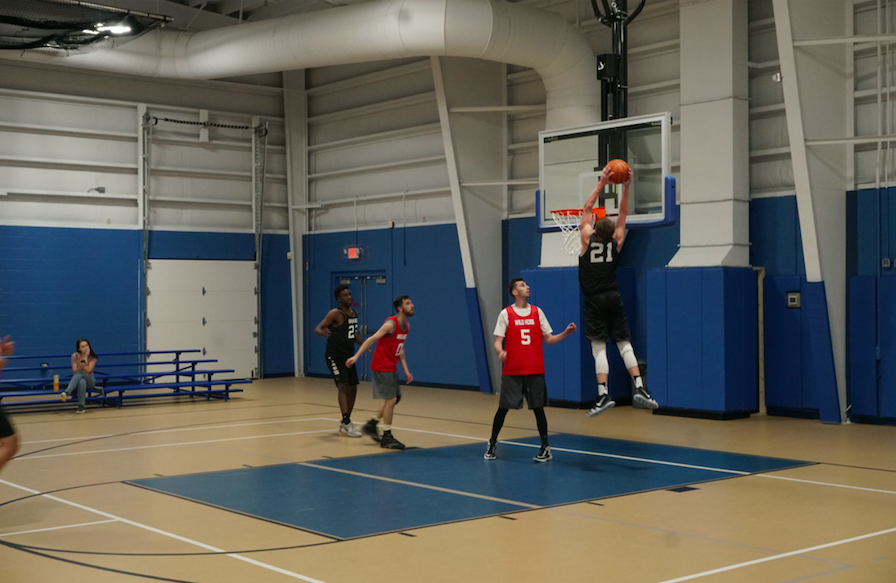 The Swish Kabobs improved their record to 2-1 following a 80-67 win over the winless Wild Hogs on Tuesday night in Johnston, Rhode Island.

Although he put up a triple-double (27 points, ten rebounds and ten steals) and led all players in scoring, Mike Bandieri and his Wild Hogs came up short against the Swish Kabobs, who were led by the duo of Tyler Barbosa (26 points and seven rebounds) and Randy Butler (22 points and 15 rebounds).

“I thought [we] played good defense and just kept the pace up,” the Swish Kabobs Marquis Jones said. “On transition defense, they weren’t really getting back that well and we just kept pushing the pace and did a good job.”

While it was the Wild Hogs that went up 10-4 and took initial control of the game, the Swish Kabobs came back with authority when Jay Monteiro tied the game at 12 apiece with a heavy one-handed dunk.

Through more pulverizing dunks from Monteiro and additional offense, the Swish Kabobs went up 42-31 at the half.

“It felt good I guess to get an easy one off,” Monteiro said of his high-flying first half. “I’m going to try to do it for the rest of the season.”

In the third quarter, the Swish Kabobs picked up right where they left off as Butler posterized a Wild Hogs defender early on.

Later, three-pointers from Wild Hogs Sonny Guelce (21 points) kept the game relatively close at 48-34, but Barbosa matched the long-range shots with a pair of threes of his own, to give the Swish Kabobs a 53-45 lead late in the third quarter.

The final quarter of the game saw back-and-forth play, but the Swish Kabobs held onto and ultimately extended their lead to 80-67 to close out the game.

While the Swish Kabobs look to extend their winning streak to three games in next week’s matchup against the Werewolves, the Wild Hogs hope to find their first win of the season next week when they take on undefeated Boom-Shakalaka.

What was the key to the Swish Kabob’s victory tonight? Simple.

“We were really aggressive,” Monteiro said.