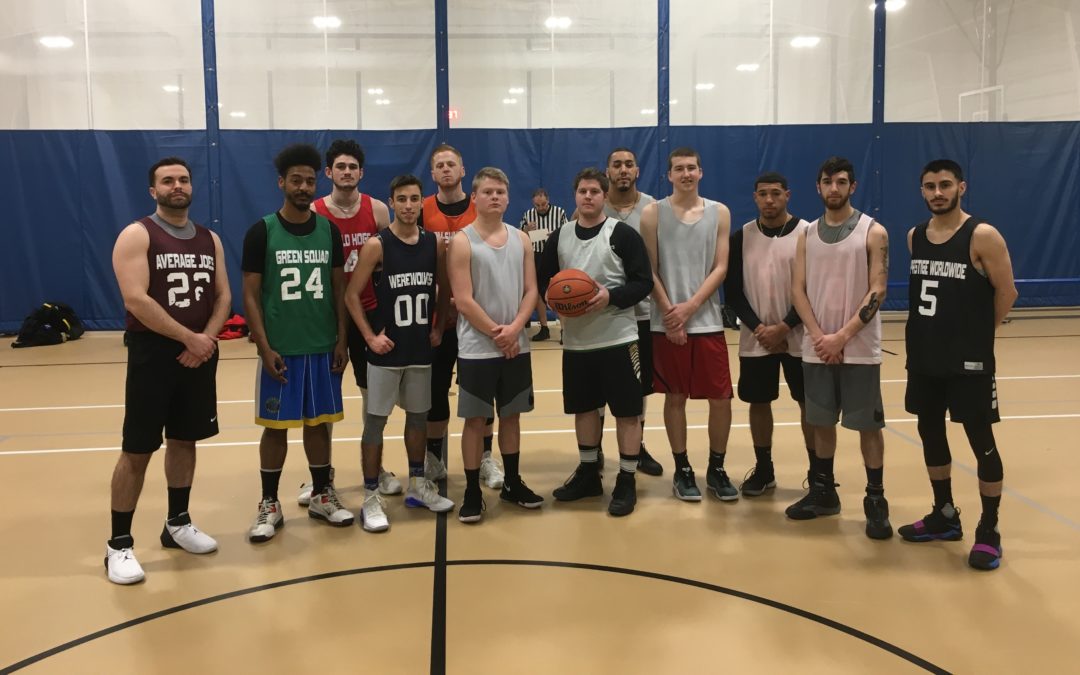 Team Crawford and Team Kashouh drafted from a pool of the most talented players from the regular season to form the teams for the Winter 18 Rhode Island All-Star Game. Cody Crawford’s squad was able to hold off the late comeback from Victor Kashouh’s team to get the victory in the end, 120-114.

Team captain Cody Crawford from Green Squad lead the way by scoring 38 points and hitting a total of eight threes, but it was his All-Star teammate Brian Heston from the Werewolves who stole the show. Heston was named All-Star Game Most Valuable Player after recording 29 points, 11 rebounds, eight assists and four steals.

Shaine Patrick of Prestige Worldwide and Nate Stichell of Boom-Shakalaka also played well combining for a total of 39 points.

“It was a very fast-paced game, the fastest paced game of the year,” Heston said. “We took advantage of the fast breaks, and it was a fun game all around.”

On the other side Team Kashouh trailed for the most part until the fourth quarter when they really switched gears and started to get into rhythm as a unit. Bryan Yarce of Prestige Worldwide was the high scorer for Team Kashouh putting up 35 points and also dishing out nine assists.

Big man Joey Coro of the Wild Hogs had himself a night as well scoring 32 points and snagging 12 rebounds off the glass.