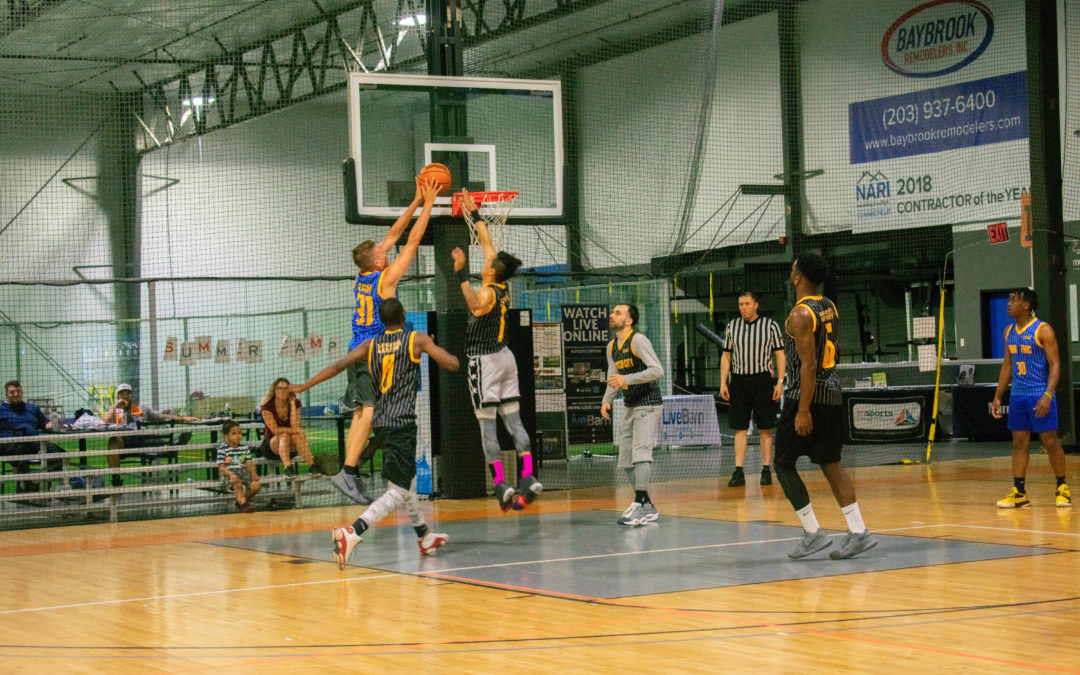 In what was dubbed the game of the week Run TMC reversed the result of last seasons final and came out with an 81-61 victory over Shocker City.

Run TMC added an old but new player in Will Hudson who added the size and another bit of outside touch that Run TMC needed to put them over the top. Then after getting some hate earlier on in the week, Joey Zocco came out big leading Run TMC with 18 points on 6-of-14 shooting all from beyond the arc.

This is two weeks in a row where Reggie Stewart has not looked himself. If Run TMC wants to become champs this year they’re going to have to help Stewart find his groove again.

For Shocker City this is their first time ever in the Legacy Leagues where they lost back-to-back games. Right now, Shocker City is a team full of talented players who are not playing great as a team and need to use these next few games to build some chemistry.

Tarell Vargas was the star of the game in a losing effort dropping a game-high 23 points. A notable stat as well Carmine Santorelli had 13 assists in the game, but was unable to score any points in the game. If that continues to happen then they are going to have trouble winning some games against the better teams in the league.

Next week Run TMC has another tough matchup against Sportslook and Shocker City looks to bounce back against Tune Squad.

“It feels good to be back on the court and it feels good to get on top this time,” Hudson said. “This is a team we would love to see again in the playoffs.”