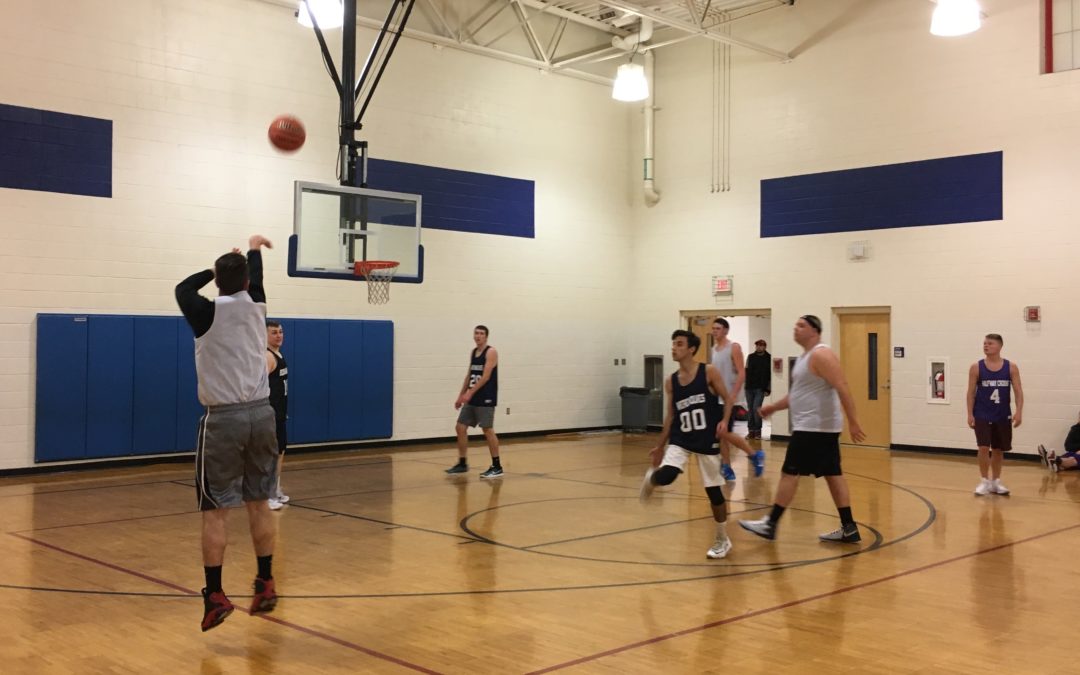 In a game filled with little defense played and a bunch of highlight plays, Team Heston walked away with a victory in the first-ever All-Star Game in Legacy Leagues Rhode Island history. Cody Crawford was named All-Star Game Most Valuable Player before going on to help The Alliance win the championship. Team Heston knocked off Team O’Donnell, 127-117.

Crawford had a very well-rounded game, and ended up with 26 points, eight rebounds, five assists and three steals. As he usually does, he was able to fill up the stat sheet while also helping lead his team to victory.

Conor Harrington was the leading scorer of the game with 35 points on 16-of-22 shooting. He put on a show with some highflying dunks, a few threes and a few big-time blocks, including one on his Werewolves teammate Brian Heston. Heston did walk out with the win at the end of the night, while helping his team by scoring 33 points and and grabbing ten rebounds.

The two teams shot a combined 108-for-196 with Team Heston shooting over 100 shots as a team. It was a very efficient shooting night, although not much defense was being played. Everyone scored in double figures except for Gino Forte and Lucas Martin, but Martin seemed to have saved his energy for the championship game en route to scoring 39 points when it mattered most in the Finals .

We only saw four blocks between the two teams, with all four coming from the Werewolves duo of Conor Harrington and Brian Heston, who for this game were on opposing teams. Harrington’s ability to play above the rim proved to be key in his performance, as most of his shots came around the rim. No one was able to jump with him, and his mix of athleticism and length has been tough to stop all season long.

We saw lot of unselfishness in Wednesday night’s game leading to 48 assists combined from Team Heston and Team O’Donnell. A lot of those assists came on highlight alley-oops. In games like this that are mostly just for fun, it’s great to see players play unselfishly and try to get everyone involved. For this league, everyone wanted to try to make a highlight, or at the very least get a dunk off.

At the end of the night, although Team Heston walked away with the victory, it was a great game filled with highlights. The All-Star Game certainly set the stage for what was a great championship game afterwards, and was a true testament to what the Legacy Leagues is all about.