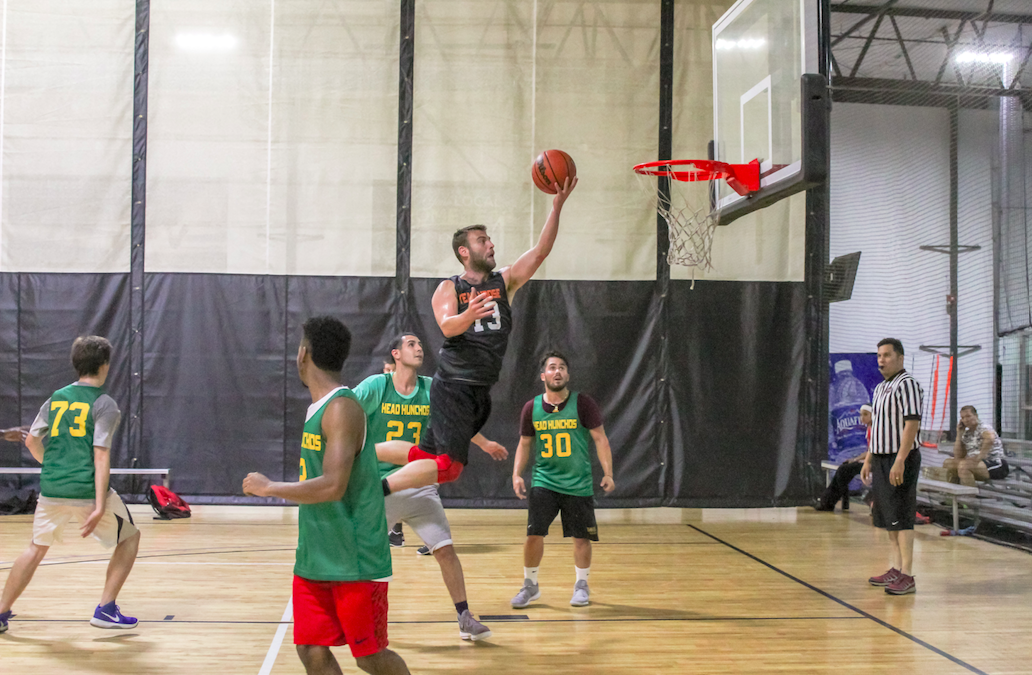 Team Moose bounced back in Week 8 with a huge blowout win.The Head Hunchos fell to Team Moose, 78-40, in a low-scoring, defense showdown. This was a huge response from Team Moose who was previously on a two-game losing skid.

The Head Hunchos only managed to score seven points in the first quarter, and were held to 28 percent shooting from the field while only shooting 25 percent from three.

On the other end, scoring was no problem for Team Moose. Totaling 26 team assists, everyone on the roster scored at least six points. More notably, they found success on the defensive end by limiting Brett Cody to a season-low 13 points.

“We just wanted to make sure we knew where he was, and just try to get a hand to contest any shots that he hits. He’s a hell of a player, but we got our luck for today,” Team Moose’s Kevin Blake said.

Cody only hit five of his 15 shots on Monday night, adding three rebounds and zero assists. Team Moose made sure he couldn’t affect the game how he normally does. Their physicality, toughness and ability to get in their opponents head really stood out in the win.

However, Brett Cody did have his fingerprints on the defensive end off the ball, with two huge highlight blocks to go along with three steals. No one else on the Head Hunchos finished with more than eight points.

Kevin Blake was phenomenal in this one, contributing 23 points and ten rebounds to earn the double-double. Not to go unnoticed, Brad Seaman squeaked out a triple-double late in the game, finishing with 11 points, ten assists, and 13 rebounds.

“We just try to do what we do best, defend really well, move the ball and try to have a good offensive plan,” Blake said.

In order for Team Moose to hold their reign as one of the top teams in the entire league, they have to get back to their style of play. After Monday night, they are certainly headed in the right direction.