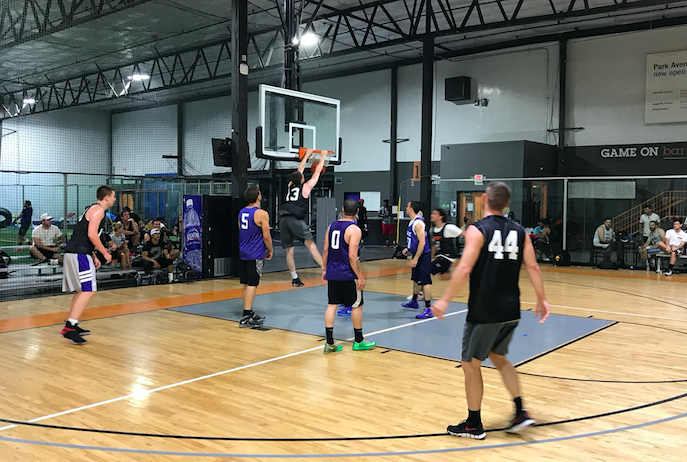 After making history last week, Team Moose came into Week 7 knowing that the job was not finished.

Team Moose started off slow but notched a 80-72 win over a pesky Run TMC team. Run TMC fought for four quarters, but a mid-game technical foul committed by John Rullan may have been the deciding momentum shift.

Will Hudson dominated on the offensive end, scoring 20 points, but fell short of his season average in rebounding by only corralling two boards. It has been Team Moose’s ability to closeout games which has made them stand out as a top-tier team in the league and last night was nothing different.

Team Moose had four guys on their roster with 15 points or more, with their leading scorer being a new face, Trevor Chaves. Chaves dazzled the crowd, scoring a tough 21 points on 91 percent shooting.

Connor Daly, one of Team Moose’s familiar faces, matched the effort of Chaves with 20 points of his own on 75 percent shooting. Team Moose improves to five wins on the season with another tough game ahead in Week 8 when they match up against STP. STP is a team much like Run TMC in comparison to the way they both fight and compete physically the entire 40 minutes of each game.

According to Team Moose’s Brian Blake, we can expect nothing but “a winning tradition”  and when diverted back to the teams youth to the league and their shocking dominance, he gave the Team Moose captain a shout out.

“We know we are a new team to the league, but we are here are we are ready to run,” he said. “Team Moose is coming for every team in the league.”