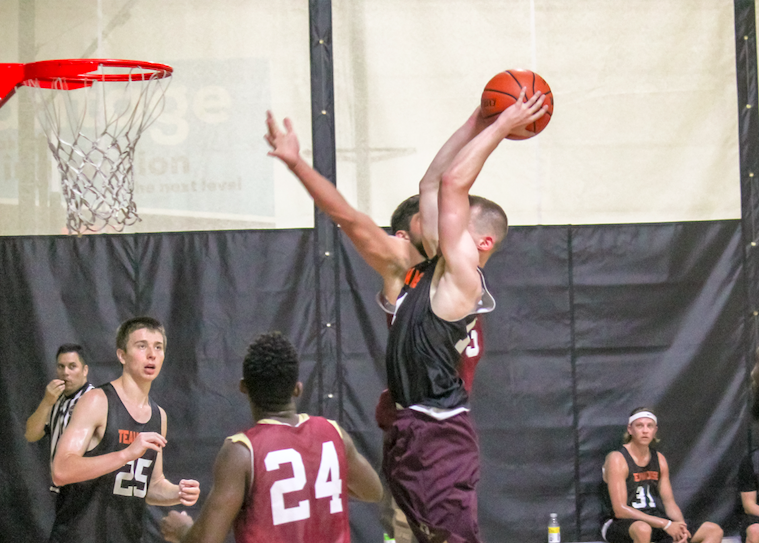 Team Moose dominated in every facet of the game as they defeated Young Kings, 108-80. With seven players scoring at least ten points, including four players with over fifteen points, they continued to click as a group and collected their their third-straight win in Week 3.

It felt as if Team Moose couldn’t miss at a point in the game as they shot 70 percent from the field as a team and hit 57 percent of their shots from behind the arc. Connor Daly lead the way with 22 points and eight boards, but each player played an important role in the win.

Kevin Blake had 18 points and six dimes while Melquan Horton and Josh Balabuch each contributed with 17 points. Brad Seaman also had a big game as he added 12 points and 10 assists picking up his first double-double of the young season.

“We were just playing together,” Melquan Horton said. “Anybody that has been following us over this three week span can see our ball movement, we’re just a real team-oriented team.”

The Young Kings put in a valiant effort against one of the leagues top team, but fell short. However, there were some brights spots for the group as the tandem of Myles Raymond and Eddie Witman put on a show, combining for 62 points and 12 makes from downtown.

The Young Kings didn’t quit when they were down, as they were able to actually outscore Team Moose in the fourth quarter. Looking at the bright side, the two teams the Young Kings were defeated by, Shocker City and Team Moose, have a combined 6-0 record.

“Last year I played with Steve Echols, and I played with Joe Cordy in my first season, so it’s personal,” Horton added. “Fear the Moose and show us some respect, we still ain’t getting it.”