Team Moose cruises to an easy victory over Shooters Shoot 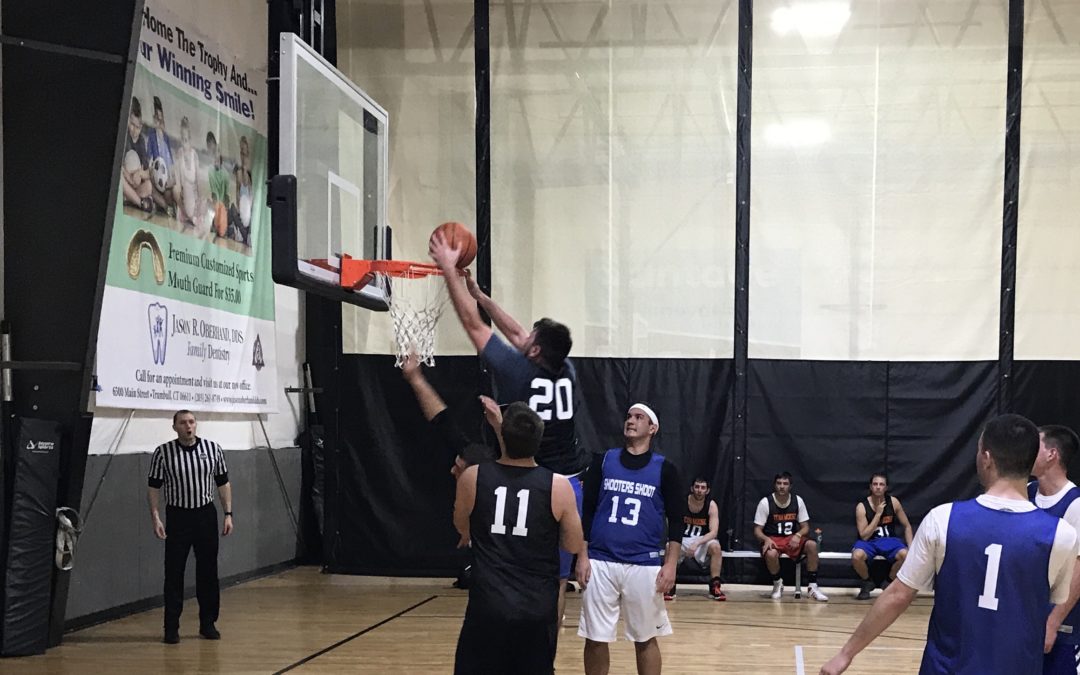 In a game where both teams combined for just five three-point field goals, Team Moose defeated Shooters Shoot by a final score of 71-39. Team Moose never trailed in the game, as they shot an efficient 65 percent from the field, while holding Shooters Shoot to just 30 percent. Team Moose came out hot right from the tip, jumping out to a 15-2 lead and never looked back. They did a great job moving the ball all night, assisting on 21 of their 32 baskets.

Brad Seaman had an outstanding game for Team Moose, scoring 14 points while only missing one of his eight shot attempts. Seaman’s impact on the game went far beyond the stat sheet, making key stops on the defensive end and operating as a floor-general for the offense.

“We have to limit our turnovers and do a better job converting on the fast break,” Team Moose’s Tyler Disabella said when asked what they need to work on heading towards next week. When asked what led to the team’s victory, Disabella said “Our defense was great and we rebounded really well.” Team Moose did an excellent job forcing Shooters Shoot to take tough shots all night long.