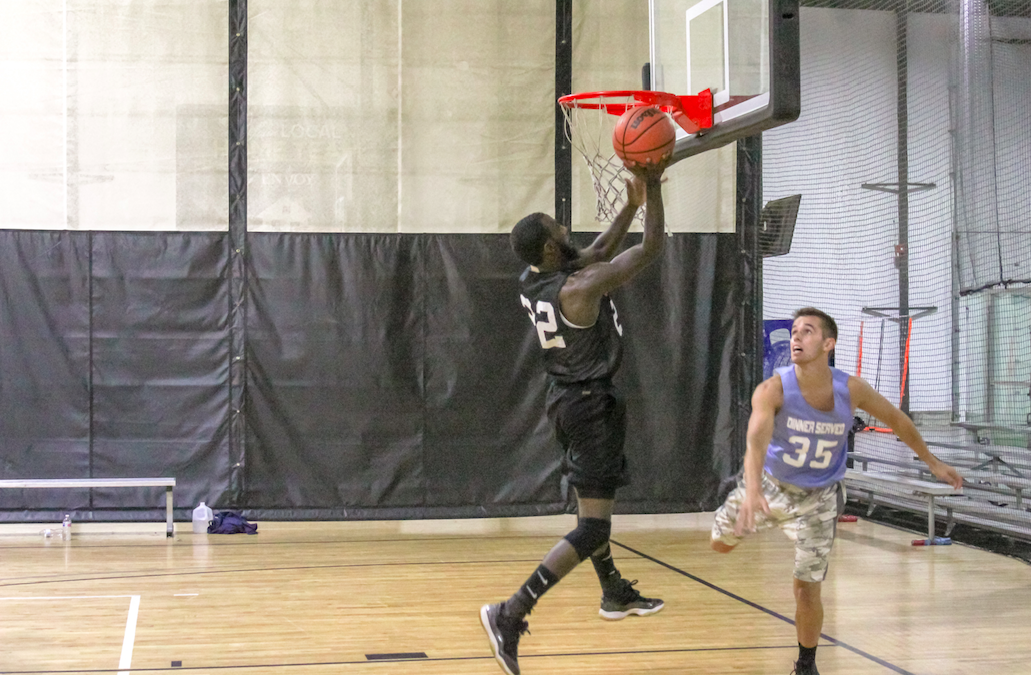 Team Moose once again came out and did what they seem to do each and every week, this time defeating Dinner’s Served, 87-64, to close the regular season.

Ball movement, unselfish play, team chemistry and defense are just some of the ways to describe Team Moose and their consistent performance throughout the season. Team Moose has cruised to a 7-2 record this season, with the only two losses coming at the hands of Run TMC (8-1) and Shocker City (9-0) .

“It’s about defense,” Melquan Horton said. “Every week it’s a committed effort to come in and play strong defense.”

Team Moose’s victory in Week 9 was once again a combined team effort. Kevin Blake had 18 points, Jackson Meshanic had 16 points and Melquan Horton added 15 more to the mix. Brad Seamen recored his second-straight triple-double with 17 points, 12 boards, and 10 assists in the victory.

“Aggression on Offense,” Horton added. “What I’m starting to realize is that they are giving us looks so we have to be willing to take them and make them pay.”

As for Dinner’s Served, they finish the season with a 3-6 record after the loss to Team Moose. However, Dinner’s Served has two special players on their team in Matt Terrasi and Kyle Coniglio, who combined for 50 of their team’s 64 points Monday night.

Dinner’s Served season hasn’t gone the way they wanted to, but they hope that their dynamic duo of Terrasi and Coniglio will be enough to top Sportslook (3-6) in the first round of the playoffs next week.

Team Moose will look to continue getting production from their top players, such as Seaman, Blake, and Meshanic. Having depth is vital in the postseason, and Team Moose has one of the deepest teams in the whole league with guys like Horton and Disabella coming off the bench at times. Team Moose takes on Young Kings (2-7) in the first round of the playoffs next week, as they look to make a deep run.