Team Moose dominates the boards to finish off Nothing Easy 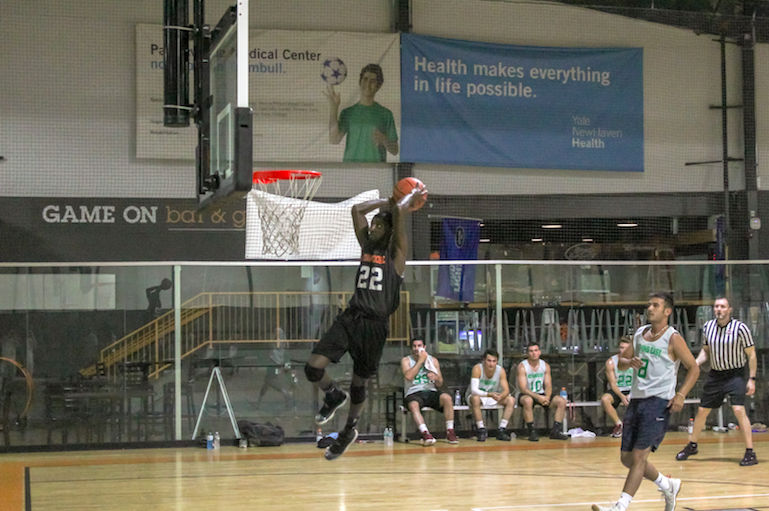 Team Moose stayed strong yet again on the defensive end in a 60-44 victory over Nothing Easy. Nothing Easy lived up to their name by hanging in for most of the game, but Team Moose was no match and outlasted Nothing Easy for the victory.

It was the fourth of their five games that Team Moose held their opponent to under 60 points. Their constant pressure on the ball and scrapping defensively is overpowering to opponents, evident tonight only holding Nothing Easy to 44 points. Team Moose was able to hold Nothing Easy to only 40 percent shooting and caused 11 turnovers. Team Moose has stressed defense since Week 1 of this season.

“As a team, it’s been an effort with all the guys we bring in every week, and we are hard on each other and hold each other accountable, whether you’re up 20 points or 10 points,” Horton said. “Play defense.”

Jackson Meshanic led the way with 24 points on 10-of-11 shooting and 1-of-1 from three-point land. Meshanic leads the league in Field Goal percentage shooting 92 percent from the field through five weeks with most of his buckets coming from dunks.

Team Moose moves to 5-0 will have a marquee matchup that will likely be the game of the week in Week 6 against the only other undefeated team, Shocker City and will look to establish themselves as the best team in the league. Nothing Easy drops to 1-4 will try to bounce back against Dinners Served next week.

Team Moose knows what they have to do to be successful in their big time matchup next week.

“We will continue to bring the same energy every week, and we are going to come out and play hard defense,” Horton said.