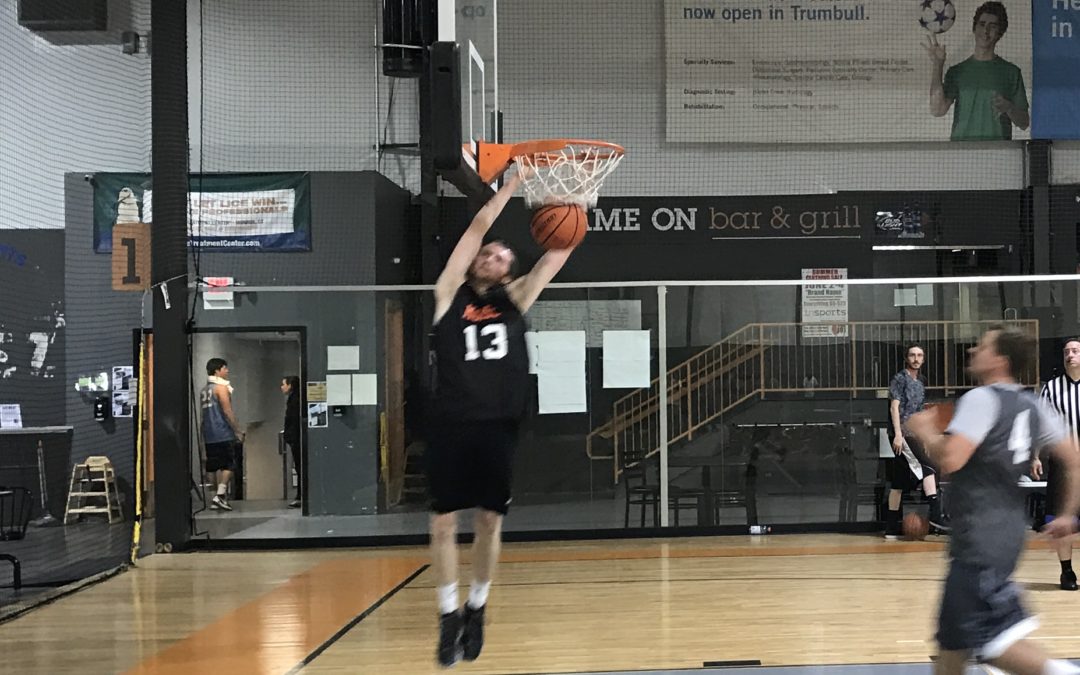 Team Moose made an eye-opening first impression on the Legacy Leagues on Monday night, demolishing  Sometimes Y, 106-54, to start their 2017 Summer season.

The game appeared over within the first ten minutes as Team Moose jumped out to a 30-7 lead in the first quarter, and never looked back. They were actually outscored 24-23 in the third quarter, but promptly restored order with a 26-6 advantage in the fourth.

The paint parted like the Red Sea for Team Moose all night, as Sometimes Y had no answer at the rim and surrendered a highlight reel of viscous dunks and alley-oops. Team Moose was also relentless on the glass, pulling down 26 defensive rebounds, doubling Sometimes Y’s total.

“We looked pretty good,” Team Moose’s Jay Joyce said. “We had some good ball movement, ran the floor and were very unselfish.”

The ball was moving like a hot potato for Team Moose as they dished out 17 assists on the night. Almost all of their damage was done at the rim as they made only three triples all game, yet still eclipsed the 100 point mark.

Connor Daly highlighted the offensive onslaught with 30 points on an incredible 14-18 night from the field. All but three of his points came in the paint. Dan Nadaff added 26 points while shooting an unbelievably efficient 76% from the field. The duo made it look easy from the opening tip to the final horn.

Daly was also a force in the paint on the defensive end as he came up with a team-high three blocks. The defense was swarming all night as the team finished with 11 steals, which turned into easy offense as everyone on Team Moose but Joyce finished in double figures.