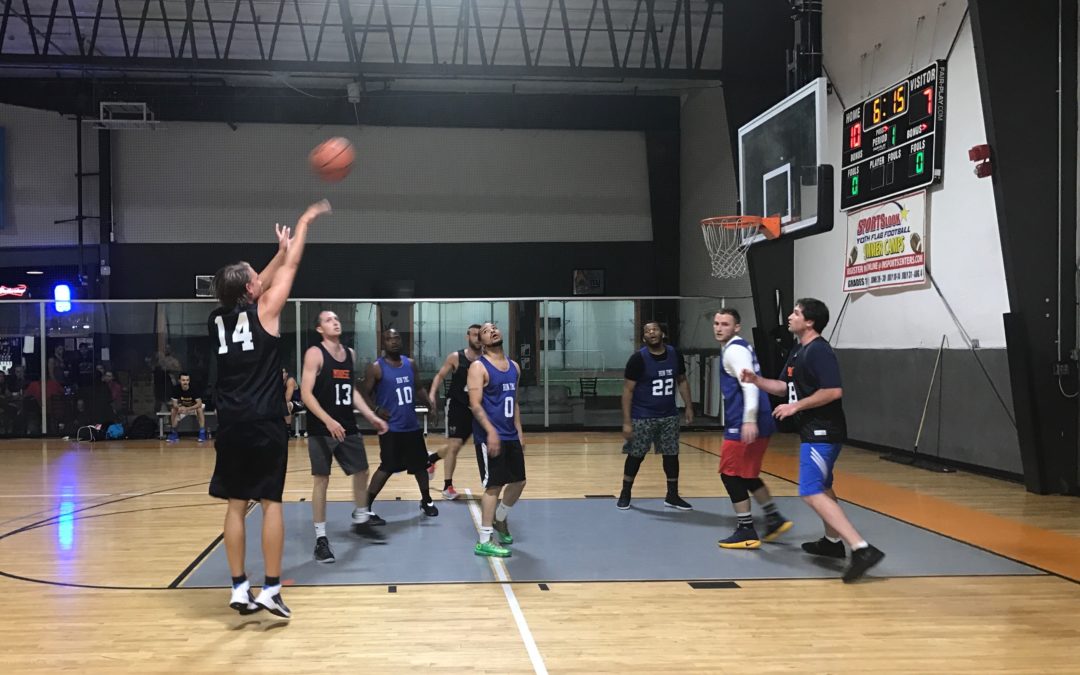 Team Moose has been one of the most intriguing teams this season, rising the ranks from being an unknown mystery team, to now being one of the most respected teams in the entire league. Team Moose once again showed everyone why they are a true championship contender Monday night, blowing out Run TMC, 91-58.

Team Moose was without one of their key players, missing paint-protector Trevor Chaves. Despite the absence of their biggest body, Team Moose still dominated on the low block with the likes of Brad Seaman and Dan Naddaff.

Together, Naddaff and Seaman combined for 38 points, but the real star for Team Moose was Summer 17 All-Star Selection, Connor Daly. Daly finished with a triple-double (22 points, 11 rebounds, 10 assists), while shooting 11-for-13 (84 percent) from the field. Daly embodies all the strengths of his roster, functioning as a lock-down defender who also can score the ball with tremendous efficiency.

Unfortunately for Run TMC, they just happened to run full speed into a buzzsaw Monday night. Falling behind by 20 points in the first half, Run TMC looked demoralized by the end of the second quarter. They tried to shoot their way back into the game by hoisting a barrage of shots from long range, but they were ultimately inefficient in doing so, shooting 8-of-36 (22 percent) from beyond the arc. In comparison, Team Moose hardly settled for outside shots, only taking six shots from three-point range in the entire game.

“We just forced them to take tough shots,” said Team Moose’s Jay Joyce. “We play good defense, grab rebounds and run. It’s easy for us to get layups and dunks on an eight-and-a-half-foot rim.”

Team Moose continues to show how they essentially have no weaknesses. As a team, they lead the league in field goal percentage, while being unanimously recognized as the leagues best defensive team. Being so fundamentally sound in all departments, it’s hard to imagine anyone beating Team Moose with the way they are currently playing.

Taking on the Flint Tropics in the Quarterfinals, they will be clear-cut favorites on paper, but they must continue to bring the same intensity if they plan on advancing to the Semifinals on Thursday.