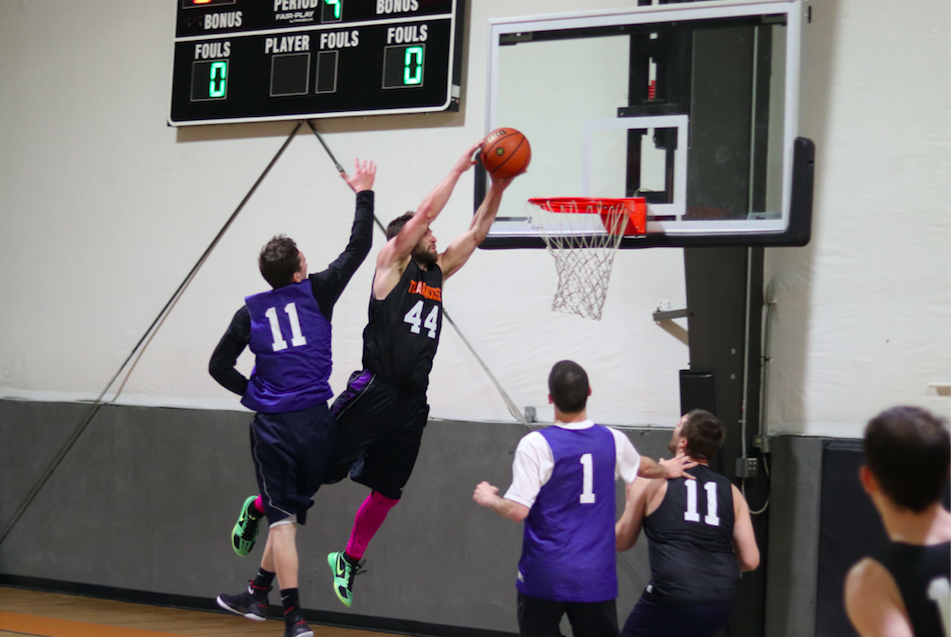 No. 4 Team Moose — one of the best defensive teams this season — showed it on Monday night against the No. 13 Shooters Shoot in a 70-39 victory. It was a fast-paced, but sloppy game in the first two quarters, as the score was only 21-13 at halftime. Team Moose flipped a switch in the second half and started to find their rhythm from beyond the arc. They pulled away and never looked back.

“They started collapsing on us in the first half, so we got some guys that can make some shots, so we’ll drive, we’ll kick it and we got some open threes,” Team Moose’s Kevin Blake said.

Blake finished with 19 points, six rebounds and was swatting shots all night with six blocks. Trevor Chaves also had a big night with 13 points and seven rebounds. Team Moose plays an unselfish style of basketball with 17 assists as a team to get everyone involved en route to a playoff-opening win.

Shooters Shoot kept it closer than what most thought against a tough defense. Even though their season came to an end, their effort to keep the game close in the beginning is something to build on for next season.

“We wanted to get them away from the basket, try to get them to shoot some deeper ones and uncontested shots. We didn’t let them get anything easy going to the basket,” Blake said.

Alex DeMeis had 14 points and six rebounds and Luke Riccio put up 11 points with a rebound. Shooting more efficiently and limiting the turnovers are key for next season for Shooters Shoot to compete.

Team Moose will move on to a quarterfinal matchup with Temptations, who beat Blood, Sweat & Beers on Monday to advance.