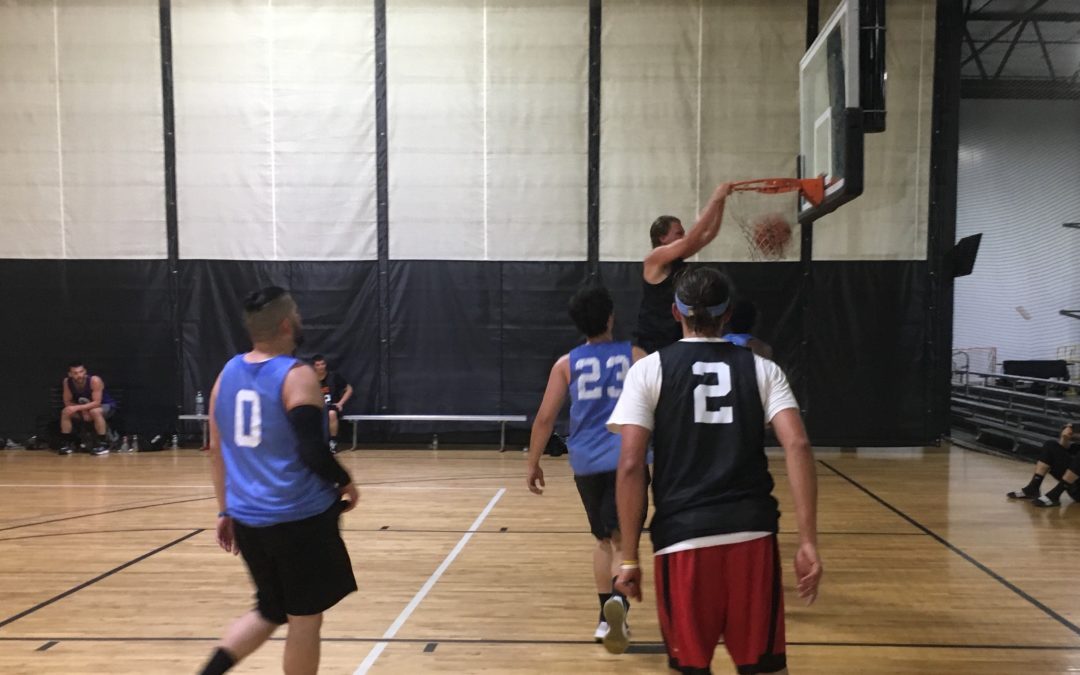 In a game with very little offense, accompanied by strong defense and heavy paint presence, Team Moose and Lob 203 found themselves in a gritty showdown on Monday night.

With only three three-pointers made on the night, the game was decided in the paint with three scorers in double digits for Team Moose. Moose would end up on top closing the game out on a 7-0 run beating Lob 203 49-41.Throughout the first quarter, the game started off slow with no more than 27 points scored for either team by the half.

Throughout the first quarter, the game started off slow with no more than 27 points scored for either team by the half.

“Sadly we didn’t make many adjustments. If you look at the score we made [just] enough to hang onto the victory …. we hung our hat on the defensive end,”Team Moose’s Jay Joyce said.

Lob 203 felt the defensive pressure only shooting 15-of-50 from the field and 3-of-18 from behind the arc. Lob 203’s usual suspects John Brolet, Cody Dileonardo, and Andrew Sampietro, were very quiet tonight only combining for nine points. If Lob 203 looks to make a statement next week when they take on the Double Dribblers they will need their “big 3” to come ready to play.

Team Moose’s greatest attribute is their unselfish nature and team basketball. They racked up 10 assists as a team while Kevin Blake added 5 himself. Lob 203, on the other hand, need to create more of an offensive continuity as they only finished with one assist on the night. It seemed as if their offense was stagnant and inefficient leaving many to wonder if Lob 203 is simply a middle of the pack team.

“The first half was a struggle, not a lot of scoring, we came in and we played some hard defense and got out and ran when we had the chance,” Joyce said.

Team Moose played hard on the defensive side of the ball especially when Brian Blake dove on the floor ahead of Lob 203’s Matt Gomes to grab the loose ball which would lead to a big bucket in the fourth. Extra hustle plays like that made it possible for Team Moose to squeak by Lob 203.