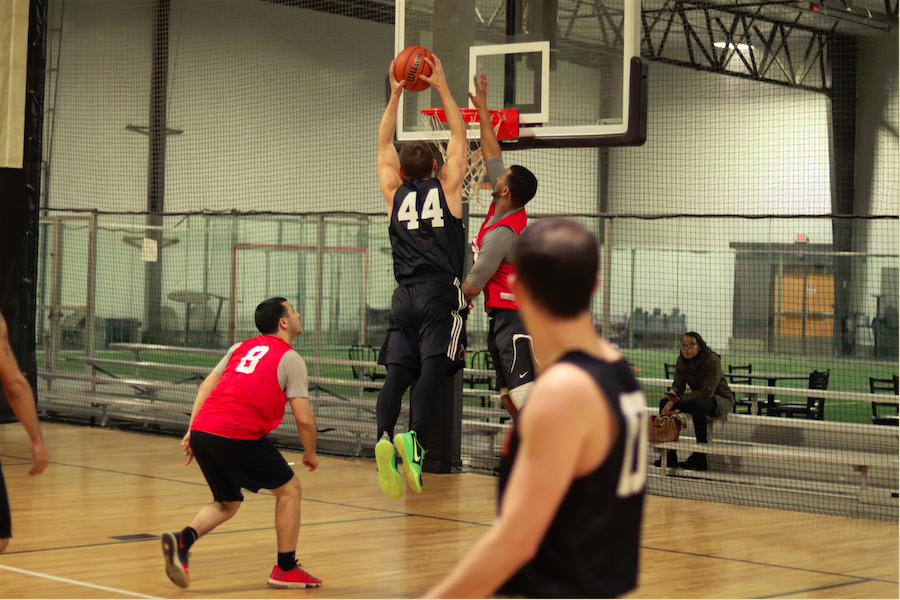 Team Moose (5-3) looks like a team on a mission to play sleeper in the upcoming Winter 18 Legacy Leagues playoffs. They got a morale-boosting win against the defending back-to-back champion Monstars (4-4) on Tuesday night, 69-62.

“Last year we lost to them in the semi finals, but we are a very different team then we were.” said Moose’s Kevin Blake.

Blake led the way for his team Tuesday night when he was on the court and also off the court. He makes his teammates better by leading more by example than by coaching. He finished with 22 points, converting all 10 of his free throw attempts and picked up eight rebounds.

Rob Harrigan and Trevor Chaves both had double-digits in points with 17 and 11 respectively. Limiting the turnovers to only nine against a team that can move and score the ball in transition was key in the victory. Team Moose plays aggressive defense and forces teams to foul them on the other end to get to the line.

“We’re just trying to defend, trying to not give up any easy baskets and get hands on shooters,” said Blake.

The back-to-back champions continue to struggle suffering their third straight loss after starting 4-1. They were down as much as ten points and brought it within a point, but couldn’t close out the comeback. To make matters worse, Kintwon Miles left the game early with a wrist injury.

CJ Wall was the leading scorer for the Monstars tonight with 13 points and three rebounds. Reggie Stewart had 12 points and seven rebounds in an off night.

Team Moose finishes the regular season against Blood, Sweat and Beers (2-6), while the Monstars get a match up with The Chasers (7-1).

“Anything can happen in the playoffs, you just got to get hot at the right time and I think we’re heating up,” said Blake.