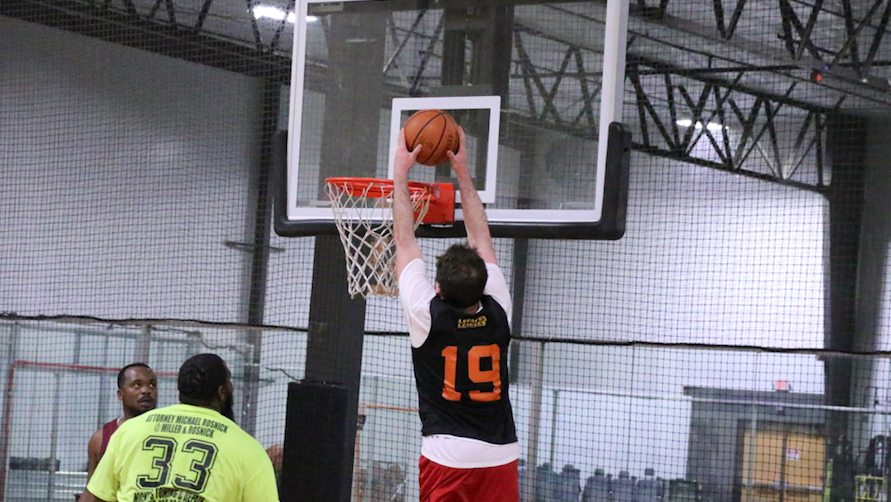 Team Moose edged out a win against The Chasers in a low-scoring, 58-50 victory Monday night. Showcasing its defense once again, Team Moose put pressure on The Chasers throughout the game.

Team Moose found itself scoring mostly fast-break points, shooting a respectable 50 percent from the field. On the other end, harassing defense held The Chasers to a dismal 36 percent on shot attempts.

“We knew it was going to be physical coming in,” Team Moose’s Kevin Blake said. “We wanted to attack them a little bit and try to draw some fouls.”

Team Moose set the tone of the game with its aggressive style, as both teams combined for 22 fouls. In the end, Team Moose’s 20-7 run during the fourth quarter allowed it to come from behind and hold off The Chasers.

Will Ingersol led Team Moose with a team-high 22 points. As for The Chasers, they couldn’t get much going besides a 23-point effort from Jalen Graham. Graham was the only player in double-figures for The Chasers.

With the win, Team Moose improves its record to 2-2. The Chasers fall to 3-2, however they remain in fourth place in the standings. The Chasers have a tough next week ahead of them as they face the undefeated Shocker City. As for Team Moose, it’ll look to bring its gritty style to Rim Breakers next week.