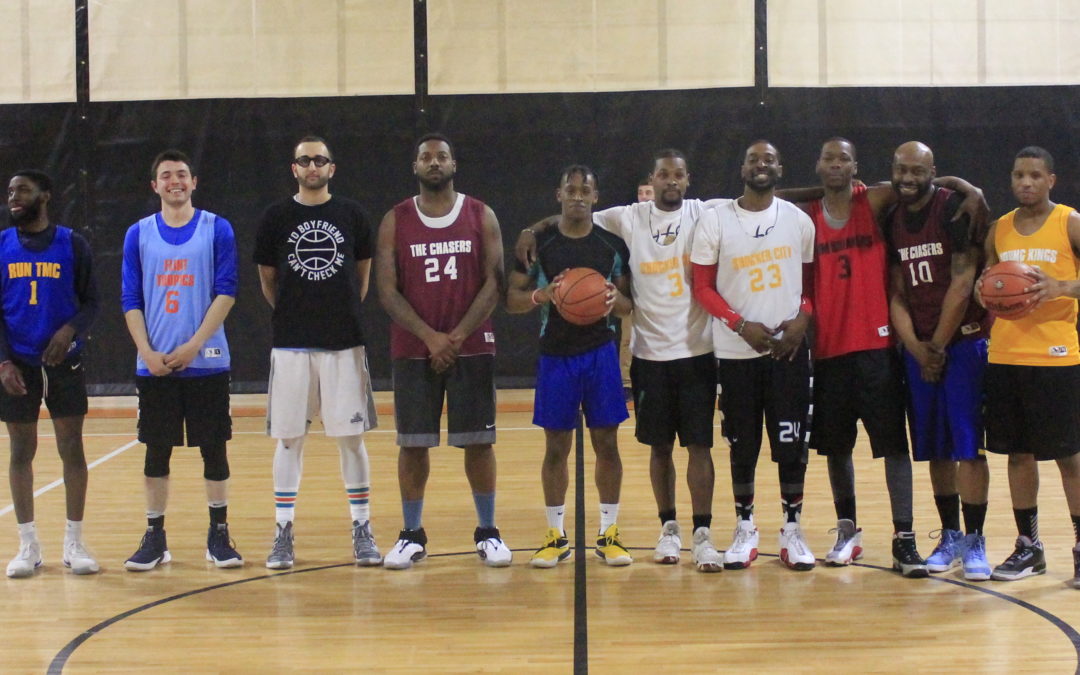 The Winter 2019 All-Star Game in Connecticut lived up to the hype with posterizing dunks, insane three-point shooting, and a whole lot of fun for those of us watching.

In a game where everyone that stepped out on the floor ended up with double-digit points, scoring, as anticipated, came at will. Team Pratt came out on top with the 136-134 win over Team Bozzuto, but Monday night’s game was all in good fun to cap off another Legacy Leagues season.

In a game that saw eight players score at least 20 points, the threes came in bunches and an overwhelming amount of highlight plays were featured. However, that was expected. That’s what All-Star Night is all about: the best players coming together to put on a show for the fans while having fun.

Team Pratt may have got the win in Monday nights contest, but Team Bozzuto still got their share of fun. Reggie Stewart led all players with 40 points, followed by the captain Mike Bozzuto with 36 points, and his Flint Tropics teammate Tj Gianni shot the lights out from downtown adding 31 points.

For Team Pratt, Kintwon Miles of The Rim Breakers led the charge with 34 points and lived up to his team name as he threw down jaw dropping dunks every chance he got. The Shocker City duo of Mike Davis (32 points), and team captain Davon Pratt (25 points) showed why their team this season was so hard to stop.

However, none of these three stars earned the bragging rights of All-Star Game MVP. David Armstrong of The Chasers won that honor from Team Pratt. Armstrong had 23 points and 13 rebounds on the offensive side and added five steals.

The teams combined for 45 three-pointers made on 123 attempts.