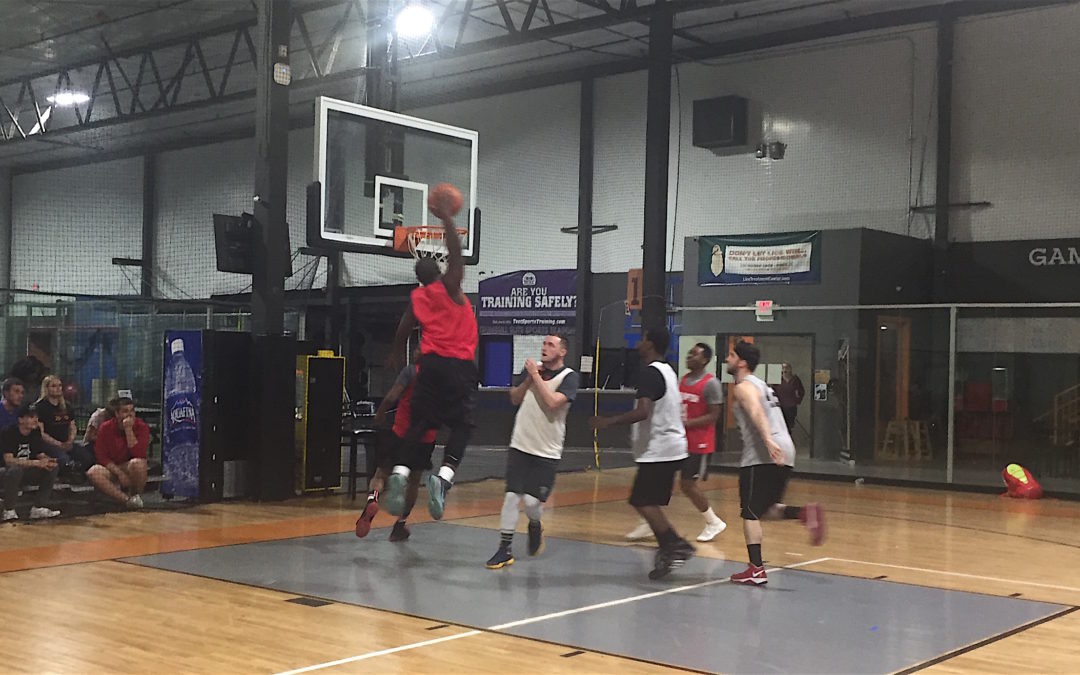 On the eve of the Legacy League championship game it’s only right the league holds its All-Star festivities for its players and fans. After the three-point shooting and dunk contests, the All-Star game was played, where Team Vargas came away victorious over Team Graham, 136-109.

By just looking at the score you can tell…this game was all offense. It started early with both teams just pushing the pace as fast as they could looking for alley-oops and breakaway dunks on every possession. Team Vargas didn’t have its captain and No Limit veteran Tarell Vargas, but that wouldn’t seem to be a problem, as No Limit teammate John Rullan and Mike Davis of the Cereal Killers combined to score 63 of the teams 138 points.

Davis had 33 going 12-for-23 shooting, while Rullan had 30 points shooting over 50 percent from deep to go along with eight boards. At the end of the game Rullan was named the All-Star Game MVP. Howie Miller also added 27 points on the night shooting the ball extremely well, while also getting to the rim for some highlight reel dunks.

For Team Graham, they saw seven players score in double-figures, led by Corey Jacobs of the Monstars who had 18 points. The game saw minimal defense and lots of dunks. The guys went out there and clearly had fun playing even though the competitiveness that naturally runs through Legacy Leagues wasn’t completely on display.

Team Graham’s captain, Jalen Graham, did manage to show up for the game and score 14 points for his team on 6-for-10 shooting from the field. Other notable performers include Jhamal Jones of the Rookies who scored 17 points, Markey DesRuisseaux of The Firm who scored 15, and offensive player of the year Carmine Santorelli of The Temptations who added 15 points of his own.

The game was a great representation of the fun the guys have had playing in the league this year, and I’m sure there will be plenty of familiar faces around the league during the summer season.

For now, the championship game takes place tomorrow night between Red-emption and the Monstars. Tune into the game from Trumbull Tuesday at 9:15 PM.