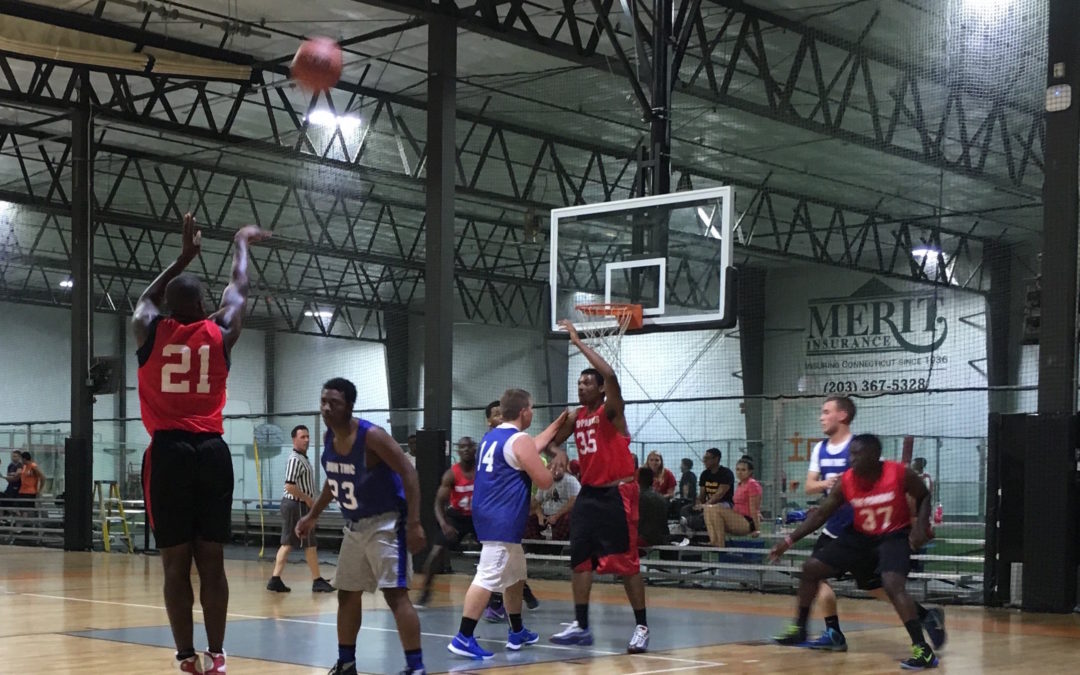 The Pandas took a tough loss in their week one matchup against Insports, but proved to be a force this week against Run TMC.

A huge change has come from both of these squads since their week one matchups. Run TMC, entered this week 1-0, after annihilating And-1 and the Pandas were just the opposite.

However, the Pandas stuck together this week and under the leadership of Joe Spain, who posted a double-double, the Pandas took out Run TMC, 74-64.

Heading into the second half, Run TMC had a six-point lead, but the Pandas took charge out of the break. Jelan Mason led the way for the Pandas posting 25 points in the contest. Randell Jones, who did not play last week, finished with 19 points and 12 rebounds.

Top seeded Run TMC was once again led by Shaq Holman, who scored 33 points on 26 field goal attempts. Only Holman and Will Hudson were able to make it to double figures for Run TMC, but that doesn’t show for the display that was put on in this matchup.

In the final two minutes, the margin was six, but Run TMC wasn’t able to close the gap with the big three of Jones, Mason and Spain performing at such a high level of play.

“Like I told you at halftime, if we can stop them from shooting three’s they can’t do anything with us,” Jones said.

Next week, the Pandas will be facing off against The Land, who are still winless this season with yesterdays loss to Insports.

The Pandas will have no trouble rolling right through week three if we see a performance similar to last night’s, and that includes the teamwork that seemed to be absent in week one.

The case is similar for Holman and company, who have a matchup against Wake and Blake on Tuesday. If we see the cohesion that we know Run TMC is capable of, they could very well roll right past Wake and Blake.