The Temptations advance to Quarterfinals after dominating Blood, Swear & Beers 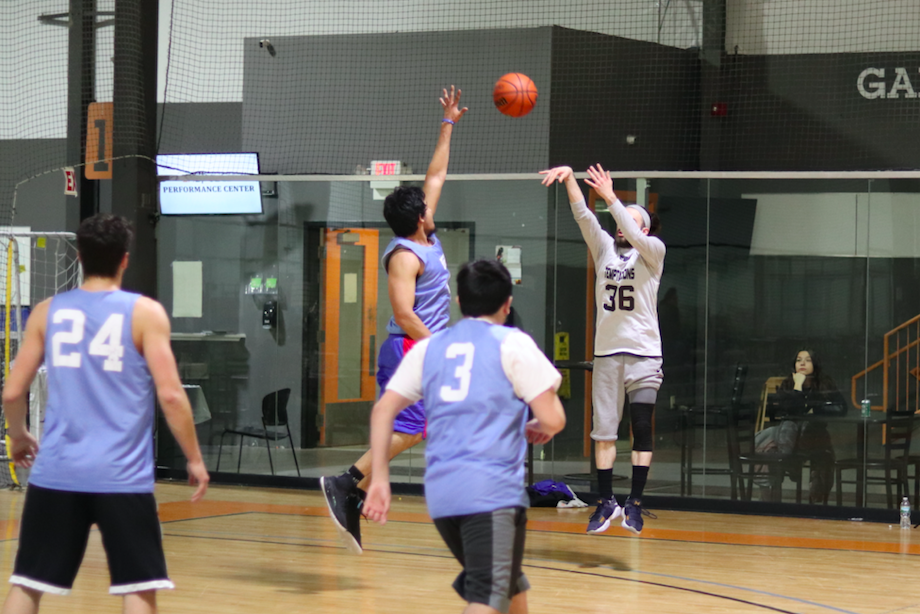 In the First Round of the playoffs, The Temptations cruised to a 31-point victory over Blood, Sweat & Beers, winning 94-63. The game was a blowout since the opening whistle. The Temptations were able to outscore BS&B 21-8 in the first quarter alone. BS&B was able to pick it up on offense in the next three quarters, but unfortunately it wasn’t enough to upset a talented team like the Temptations.

The Temptations ball movement was key, allowing their offensive to move quickly toward easy buckets. One of their team goals since Week 1, running a fast-paced offense is finally starting to click.

For the Temptations, Carmine Santorelli led the team with28 points, but it wasn’t just a one0man show. Five other players for the Temptations were able to put up double-digit points. Nick Santorelli had a major impact, as well, grabbing 10 rebounds and causing four turnovers. Melquan Horton showed his vision, dishing out four assists.

For BS&B, Cody Dileonardo and Edgar Trujillo combined for 48 of their 63 points. Trujillo was on fire from downtown, making 6-of-7 3-pointers. Also, Dileonardo was lockdown on defense, causing seven turnovers to gain extra possessions for his team. Lutters was sloppy with the ball, responsible for 14 turnovers. BS&B failed to take care of the ball, and they paid for it.

In the Quarterfinals, The Temptations will take on Team Moose. It should be a hard-fought physical matchup between a high-powered Temptations offense and a strong, unified Team Moose defense.

“We know what we bring to the table,” the Temptations Jaylon Eggleston said. “Team Moose, we’re coming for you. That’s a personal game.”