Temptations advance to Semifinals with win over Team Moose 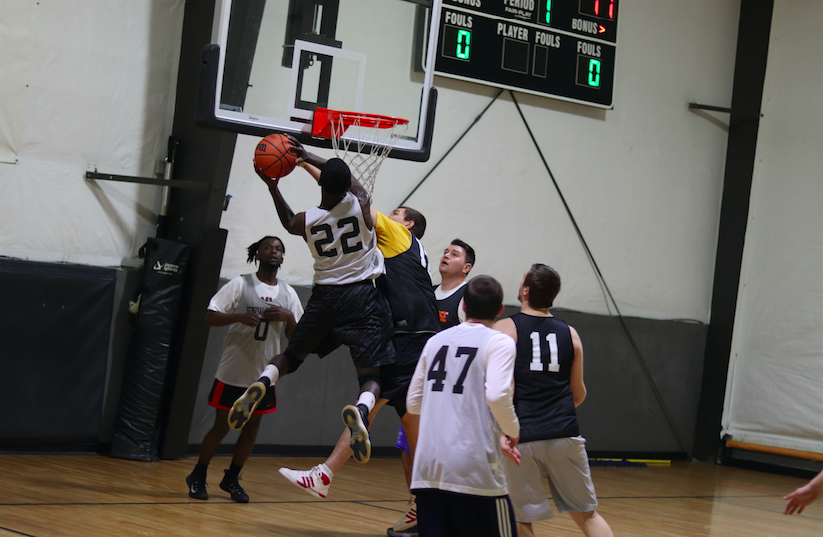 The No. 5 Temptations defeated No. 4 Team Moose Tuesday night, 80-73. The Temptations got out to a strong start  and held on late to advance. Team Moose made a strong run in the fourth quarter to make it interesting, but the Temptations were ultimately able to hold them off.

Team Moose won the first time these two teams matched up in Week 4, 44-39. However, Carmine Santorelli was out that game for the Temptations due to injury.

For the Temptations, Melquan Horton was excellent, as he scored 30 points on 11-of-14 shooting to go along with seven rebounds. Horton was also a difference maker on the defensive end in this one. The Santorelli brothers combined for 30 points and six 3-pointers in the win.

“There was more space for me to operate with Carmine back,” Horton said. “He gets guys some more open shots.”

For Team Moose, Kevin Blake had a solid game with 19 points, eight rebounds and three steals. Team Moose finishes its season with a 6-4 record.

The Temptations will face No. 1 No Limit in the Semifinals next week in what should be a fast-paced, high-scoring affair.

“That game will be personal for me,” Horton said. “I want to be the first team to give them a loss.”