Temptations grind out win despite Martino’s 36 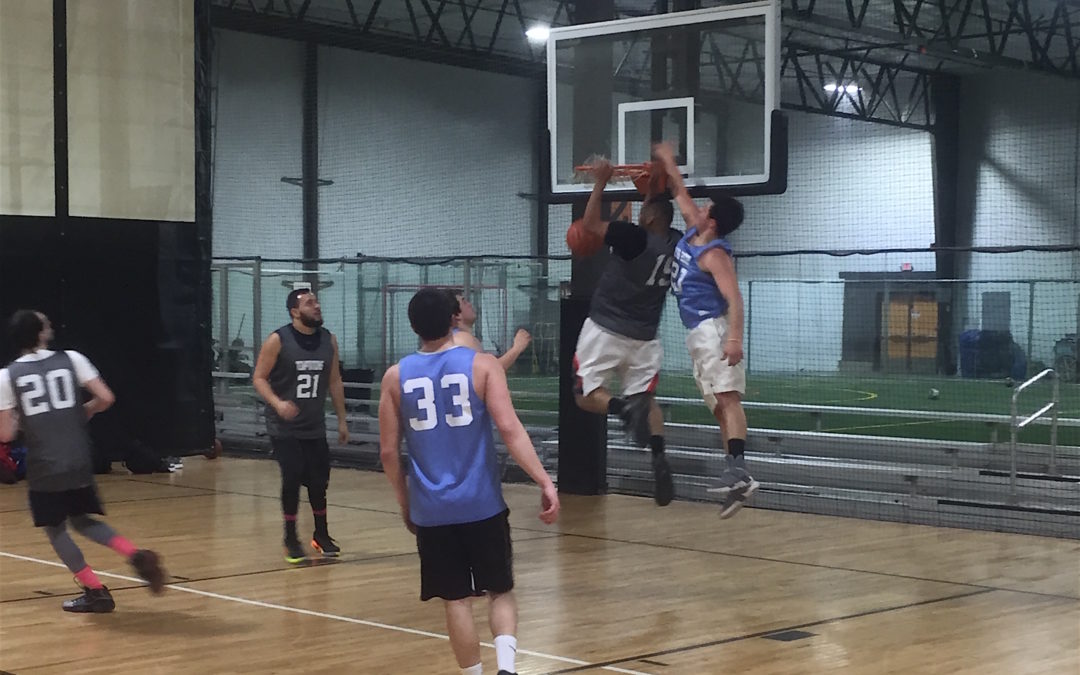 Despite an all-around performance by Lob 203, their effort was ultimately not good enough as the Temptations shook off some early game rust to capture a 90-77 victory. Although it was a tough loss for Lob 203, we saw some breakout performances by Lob 203’s Andrew Martino, who finished the game with 36 points, and the Temptations’ Troy Brunson, who finished with 23 points and 13 rebounds.

“They came out playing really good,” Brunson said. “It looks like we underestimated them, so it felt good to get the win. We really just had to start respecting them as basketball players.”

In the one week of action we’ve already seen, the Temptations’ Carmine Santorelli finished with a triple-double en route to a 82-52 victory over The Rookies. As for Lob 203, they came up just short in week 1 to the Firm 54-52. As both teams had an extra week of rest coming into tonight’s game, the tempo seemed to be heightened.

While Lob 203 lead the Temptations 22-14 after the opening quarter, the Temptations rallied back to get the 37-36 lead at the half. Lob 203’s Martino had over half of his teams’ points, scoring 21 in first half alone. Meanwhile, Carmine Santorelli struggled to hit his shots as he had only 12 points at the half.

The Temptations shot a remarkable 62% from the floor as a team, an impressive shooting performance to say the least. It was a tightly contested game throughout much of the night, however once Carmine caught fire, it was all over for Lob 203. Santorelli finished with 29 points and looks well on his way to competing for the scoring title this season.

Lob 203 will look to get their first win next week when they play a No Limit team that looked entirely beatable in their week 3 matchup. As for the Temptations, they will face an emerging team in Red-emption who’ve been hungry to prove themselves as the best team in the league.