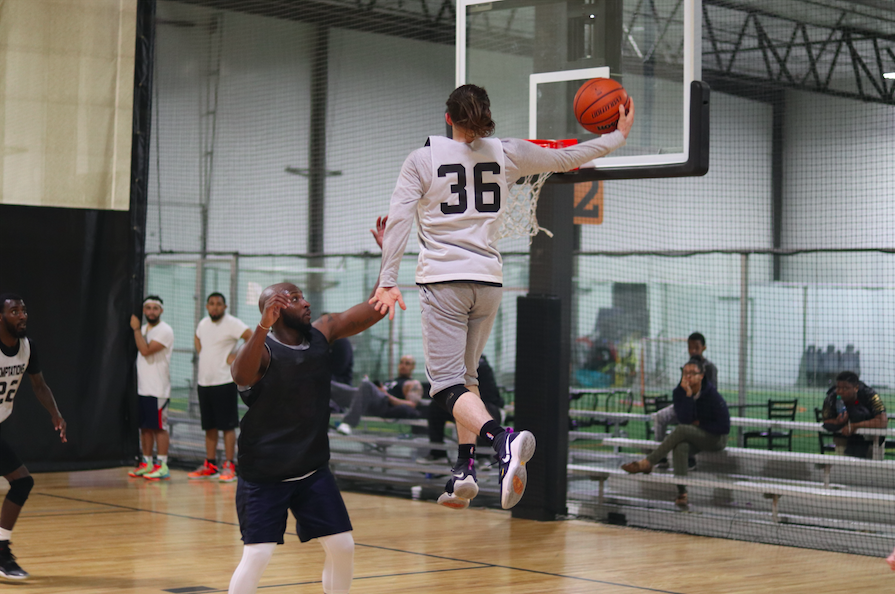 The Temptations and Goon Squad squared up in a competitive and physical game in week 8, but the Temptations were moving the ball fast up the court and excelling in their transition game. Goon Squad was able to cut their deficit down to three after a big shot by Dom Migliaro, but their inability to get enough stops defensively lead to a Temptations win, 68-62.

For the Temptations, Carmine Santorelli had 23 points and dished out five assists. Melquan Horton also played a significant role with a double-double (13 points,10 rebounds). Being able to rely on Horton and Santorelli in the clutch moments worked out the the Temptations gameplan. These two electric players make the squad around them better.

For Goon Squad, the ball was shared nicely around the court, as every player was able to score a couple baskets. Chis Folsom, Matt Marconi, DJ Ellis and Dom Migliaro combined for 38 points. There was no one standout player for Goon Squad. They needed someone to step up and get hot late in the game if they were going to run with a team as fast and talented as the Temptations.

“Later in the game it became kind of tight, we showed we can close the game out and executed,” said Horton. The Temptations were staying in the present and just focused on making the next play.”

Goon Squad will close out the Winter 2018 season against Shooters Shoot, while the Temptations will look for a crucial win against a talented and gritty Flint Tropics squad in Week 9.

“It’s a personal game,” the Temptations’ Horton and Eggleston said.