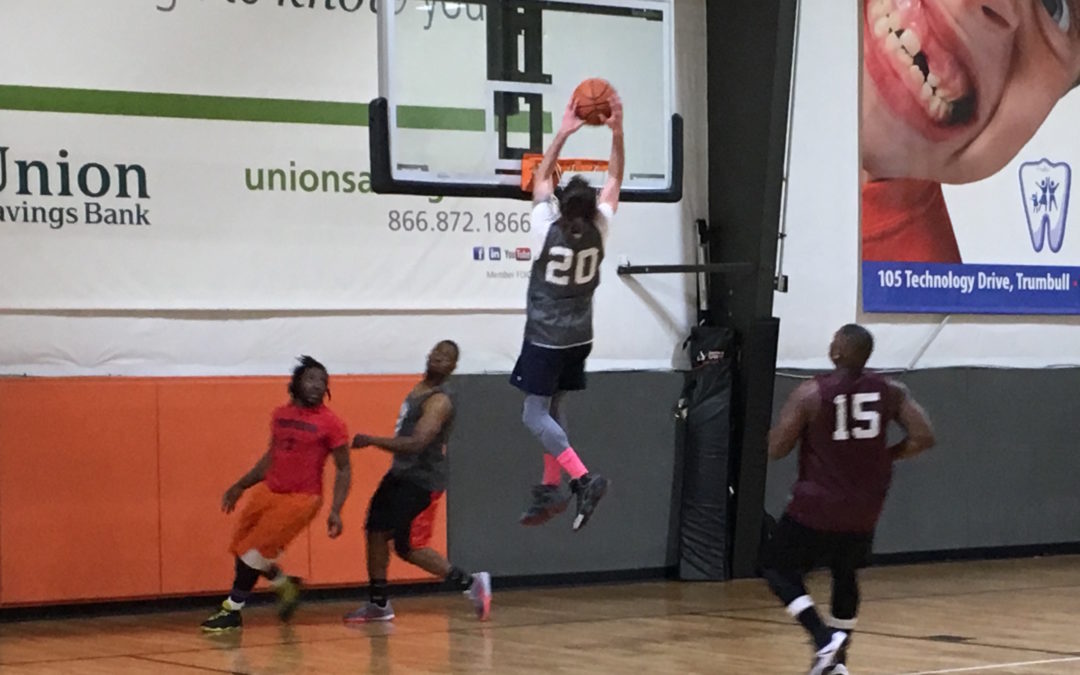 The Temptations gave The Rookies a good look at the competition they will be facing this year. Starting their season with a 80-to-52 victory, The Temptations played their fast paced game and Carmine Santorelli displayed his dominance.

Santorelli started the season with a triple double; scoring 34 points, having ten out of the team’s 13 assists, and getting ten rebounds.

Santorelli drove to the basket relentlessly and showed his hops with quite a few slam dunks, posterizing a number of victims on The Rookies. He showed his skill from the three point line as well, hitting three attempts from behind the arc.

“More to come, expect it every week,” Santorelli said.

The Rookies had too slow of a start and couldn’t put numbers on the board to make this one interesting. The Temptations had total control over the game for the first three quarters in which they dominated in scoring, putting up almost twice as many points as their opponent. The Rookies fought back in the fourth quarter scoring 25 of their 52, but it would not be enough.

“We got No Limit coming up…They made it to the finals last season so we are looking forward to that game.” Santorelli said.

With such a strong start from Santorelli and the rest of Temptations, we are excited to see how they do this year. This team looks reloaded and poised to make a postseason run.