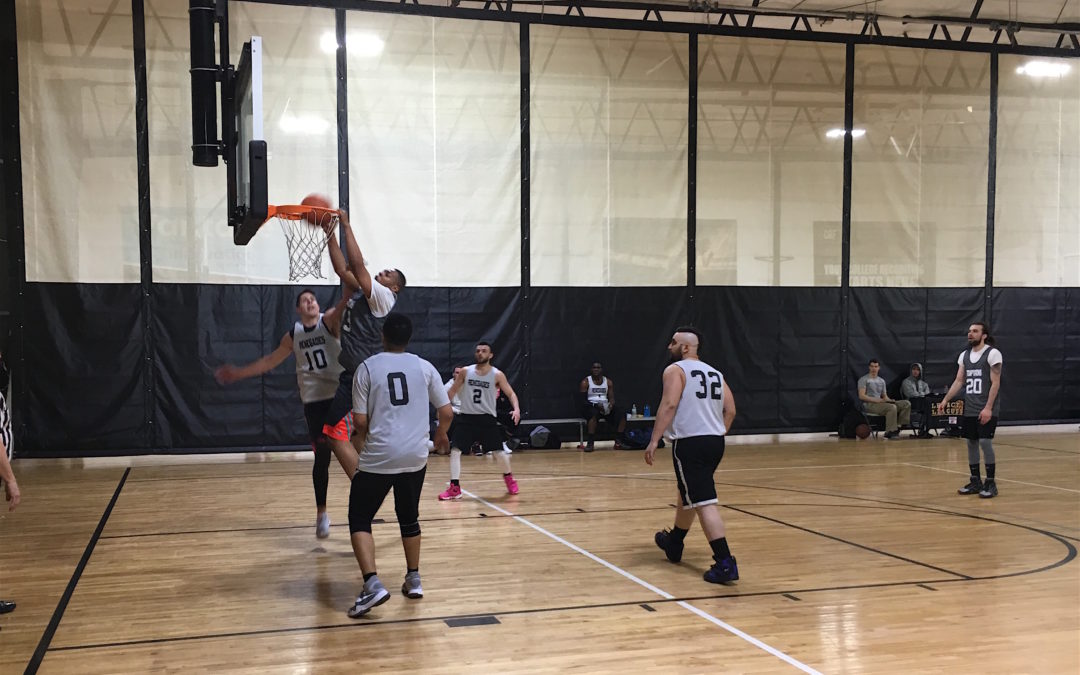 With the playoffs right around the corner, every team in the league is fighting for the best position for the postseason. On Monday night, Carmine Santorelli and the Temptations were able to handily beat a Sirpenski-less Renegades team, 90-67.

Don’t let the score fool you. The Renegades came to play, and even without their best defender Davin Sirpenski, they were able to contain Santorelli in the first half, and only trailed by one at the break. Early on both teams came out shooting the ball extremely well, exchanging buckets back and forth in the first quarter.

Unfortunately for the Renegades, they weren’t able to keep up the defense in the second half. After the intermission, it was all Temptations who saw big contributions from Troy Brunson as well as Fred Milfort and Erik Silva. Brunson was the star of the night, scoring 21 points while shooting a perfect 9-for-9 from the field.

Santorelli did his thing, scoring a casual 20 points and dishing out five assists. After the game I asked Brunson what they did in the second half to pull away.

“We just got serious…I mean, all year we’ve been playing to our competition, were just seeing how good we really are. We’re tired of people saying that we’re not good when really we’re the best team in this league,” Temptations’ Troy Brunson said.

The one thing that can back up that statement is bringing home the championship. A bold statement a week before the postseason.

For the Renegades, without Davin Siprkensi to control the inside, the defense just couldn’t hold up. However, they should be extremely optimistic when the playoffs start. Ty Reed was the focal point for them tonight again offensively, scoring 25 points going 11-for-21 from the field. Also picking up some of the slack were Aaron McAlpine and Zeek Howard, who scored 18 and 13 points, respectively.

As the final games of the season are played tomorrow night, I know these teams are anxiously waiting to find out the final seedings for the bracket. Just survive and advance, and any of thee 16 team have a shot to win the title.