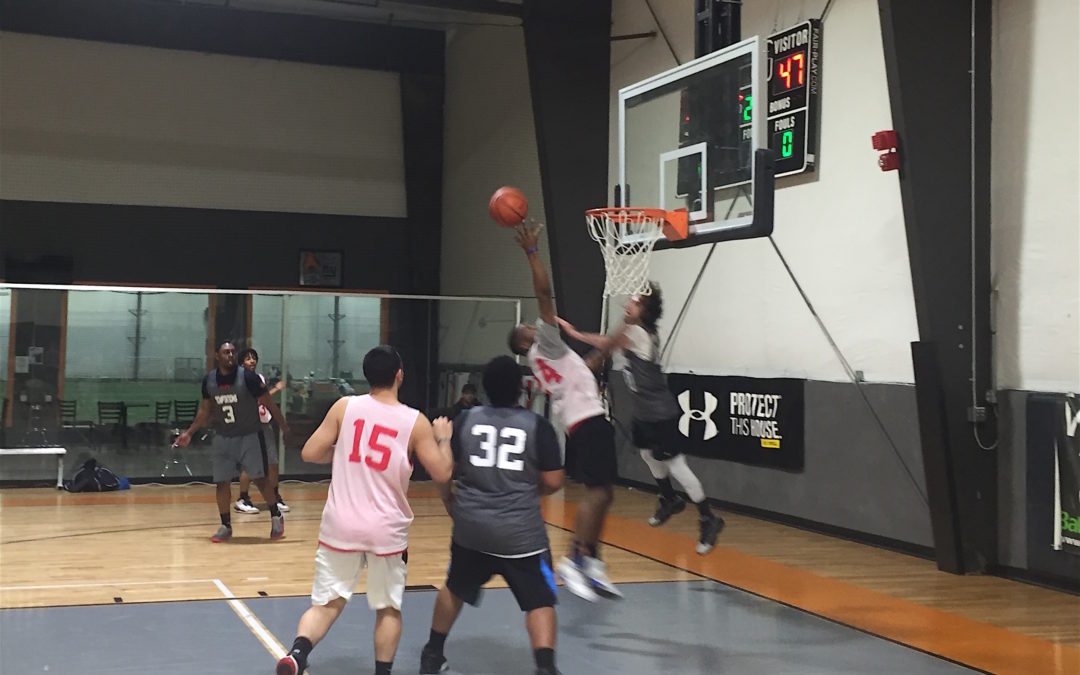 In night two of week seven in Legacy League play, the Monstars and Temptations squared off in the game of the week. Despite a valiant effort in the second half, the Temptations fell short 81-74.

The Temptations started the game off sloppy, and the Monstars immediately took advantage. The matchup of the night was between Carmine Santorelli of Temptations and Corey Jacobs of the Monstars.

Early on Santorelli struggled to get open and make shots with Jacobs all over him on defense. Jacobs came away with five steals on the night, most of which came while guarding Sanotrelli.

Brandon Seabrook also had a ‘monstrous’ night for his team, scoring season-high 28 points shooting an incredible 12-for-15 from the field and 3-for-4 from beyond the arc.

“We had to play some defense and hit the open shots,” Seabrook said. “We missed a lot of layups but we got back on defense.”

At halftime the Monstars were leading by 11, and looked to be in total control of the game. However, the Temptations came out blazing hot in the second half, and were able to cut the lead to five.

Fred Milfort stepped up big time for the Temptations and ended the night with 22 points shooting 10-for-15 from the field with nine boards to go along with it.

The Temptations outscored the Monstars 26-14 in the third quarter, making the end of the game anybody’s for the taking. In the fourth quarter the game went back and forth, each team taking the lead then losing it.

Down the stretch, the Monstars proved to be too quick, and were able to take the lead late on breakaway scores from Reggie Stewart and Jacobs. Looking forward to next week, Seabrook had his focus on the MVP from Summer ’16.

“We got to capitalize…and we got to be better than Mike Davis,” Seabrook said.