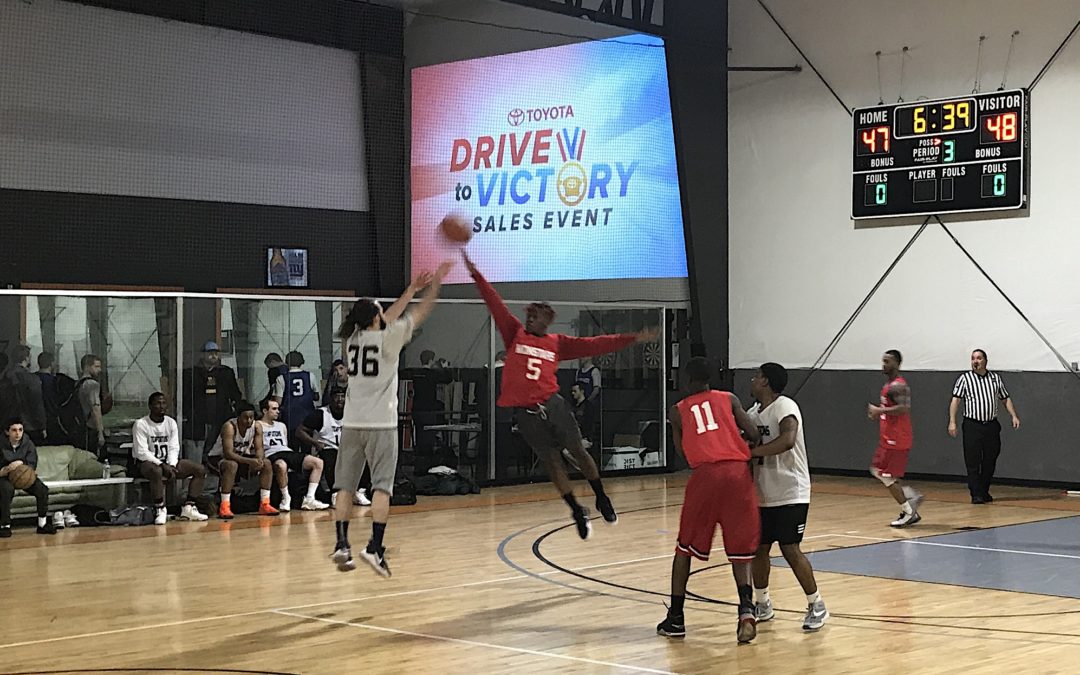 One of the first two games of the 2018 Legacy Leagues Winter season featured the Tempations and the two-time defending champion Monstars, who won during both the 2017 Winter and Summer seasons. Despite the recent success, The Temptations shocked the Monstars 80-75 in an overtime thriller.

The Temptations were led by Carmine Santorelli, the Summer ’17 Most Valuable Player, who posted 17 points, 15 of which came in the first half. Santorelli fouled out in the fourth quarter, leaving the rest of the game up to his teammates. With his absence, Melquan Horton made his own presence known, posting a team-high 26 points with 12 rebounds and a steal.

“They thought we couldn’t do it without Carmine,” said Jaylon Eggleston. “Carmine who?”

Despite being down 32-21 at the end of the first quarter, the Monstars led at halftime 42-41. They continued to hold the lead going into the fourth quarter.

The last quarter went back-and-fourth until the last seconds of the game. With 42 seconds left and key 3-point shooter out, Carmine’s brother, Nick Santorelli, hit a three to tie the game at 71.

As the final seconds expired, the Monstars’ Nate Shields blocked Eggleston to force a two-minute overtime period. In addition to that, Shields finished the game with 14 points, three rebounds and two steals.

The Temptations went on a 6-0 run to begin overtime, only allowing four points to the Monstars in the period.

“This is what I came here for,” the Temptations’ Horton said. “I came to help my boys.”

Kintwon Miles led all scorers with 27 points. Corey Jacobs and Reggie Stewart each had three steals for the Monstars.

The Temptations will look to continue their strong start next Monday when they play The Chasers at 8:30 PM. The Monstars will play The Throne next Tuesday night at 9 PM as they look for their first win of the season.