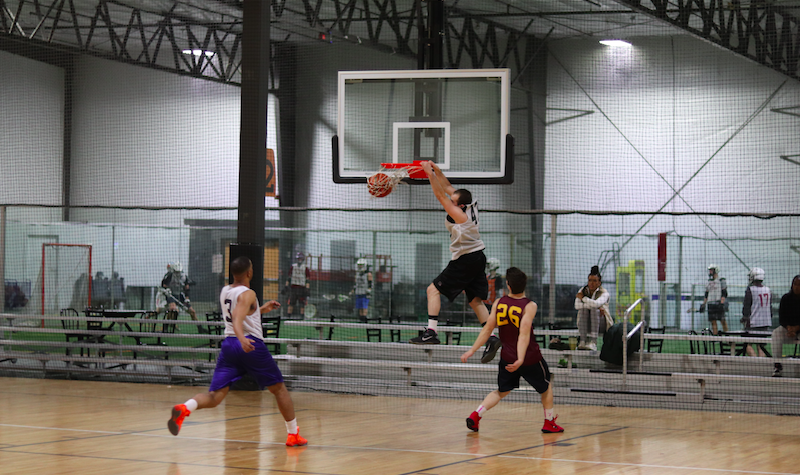 On Monday night, The Temptations started the game on a 11-3 run and kept their foot on the pedal for the rest of the game, cruising to a 94-30 win against Semi Pro. Their dominant rebounding performance provided the Temptations with multiple extra possessions and made it nearly impossible for Semi Pro to climb their way back.

The Temptations were able to put up 94 points as they maintained a balanced offense. The squad looked unstoppable; they were able to dominate in the paint as well as hit shots from the perimeter.

For the Temptations, Nick Santorelli, Melquan Horton and Troy Brunson were all able to score 20-plus points to lead their team to victory. Specifically, Horton grabbed 20 rebounds and put up 21 points as he continues to put himself in the MVP conversation early on this season.

Of all Legacy Leagues players, Horton currently ranks third in points, first in rebounds, seventh in assists and fourth in steals. His 20 rebounds fell one short of tying the Legacy Leagues single-game record set by Sportslooks Scott Christy in the Summer 16 season.

Semi Pro has now lost three straight in a brutal beginning to the season. If they can improve on their communication and their transition defense, then they will begin to improve in all aspects of the game. For Semi Pro, Jacob Caselli lead the team with 11 points and three rebounds.

“We have to come in with the same mentality for next week, and take it one game at a time,” the Temptations’ Jaylon Eggleston said.

The Temptations will look to take on Team Moose in Week 4, looking to bring the same energy and enthusiasm to hopefully pull off a crucial victory.