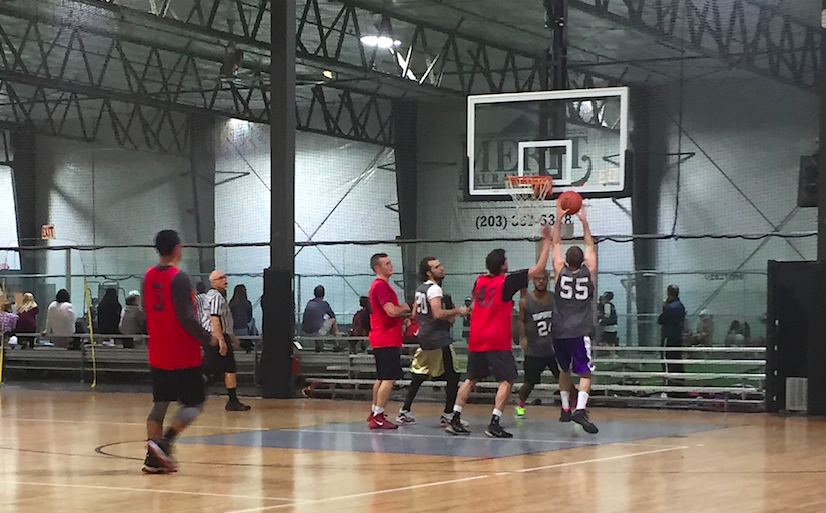 Kyle Murphy of One Time summed up Tuesday night’s game with just three words: “They killed us.” When Eric Rankin is on the court for One Time, things seem to go right. Without the electric scorer in week 3, things did not go right, as One Time lost by 49 points in a humbling 105-56 blowout at the hands of the Temptations.

Despite being overmatched defensively, One Time struggled to find any offensive rhythm all game. Michael Cody would be his team’s high scorer (23 points, eight rebounds), and the only member of his team to reach double-digit points.

The loss of Eric Rankin will undoubtedly hurt this team, but it is important that they find a way to stop the bleeding moving forward. I would not put my money on them in next week’s match up as they try to top the undefeated top dogs, the Brotherhood.

Things seemed to go much smoother on the other bench in this week 3 matchup. The Temptations bounced back from last week’s loss to the Cereal Killers with a chip on their shoulder.

Carmine Santorelli finished the night with 31 points and six rebounds, continuing his excellent scoring run. It would be his brother, Nick Santorelli, however, who would really shine in the big win. He stuffed the stat sheet, capping the evening with 17 points, 11 rebounds, seven assists, as well as a block and two steals.

The red hot Temptations continued to get consistent production from up and down the roster. Erik Silva turned in what is starting to become a typical performance, shooting 10-of-11 from the field resulting in 22 points. His efficiency in the paint has been an anchor for this team, but Silva showed his ability to stretch the floor by knocking in his only two 3-point attempts. The team would finish with five players in double-digits, as Anthony Rodgers (12) and Fred Milfort (11) would join Silva and the Santorelli brothers.

When asked how they were going to continue their hot streak going forward, Tony Rodgers of the Temptations shared the same mantra the whole team has been preaching since week one.