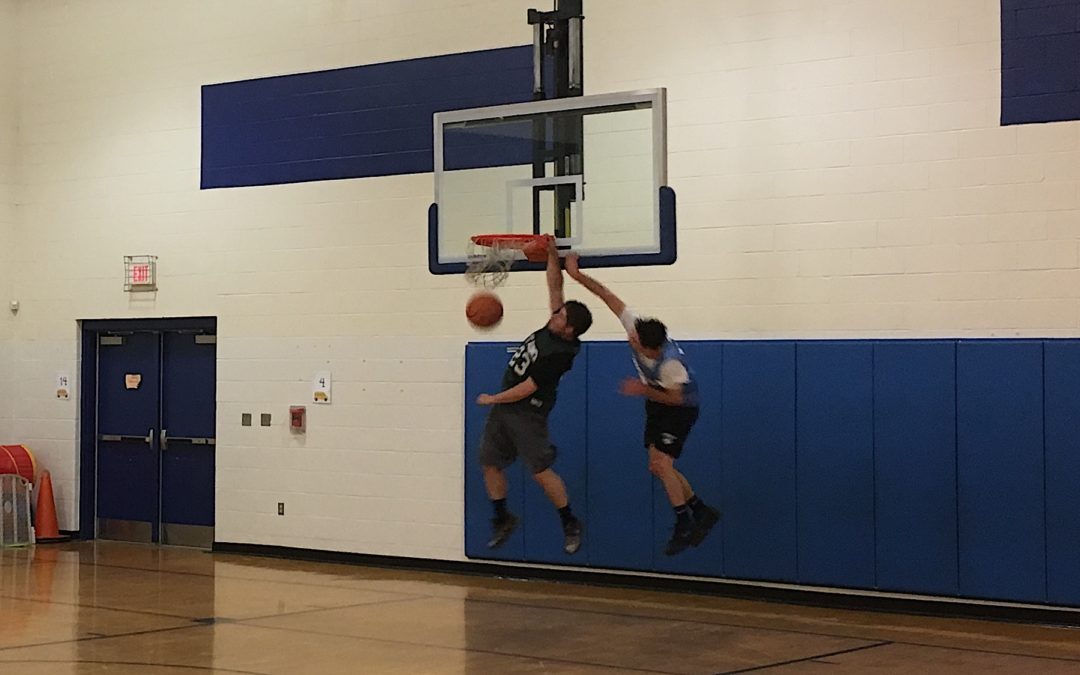 The Alliance went into this game with an unfair advantage, one we have not seen yet this season. The Skyhookers played Wednesday night with only three players, against the best team in the league. Many Max Matroni dunks later, and The Alliance more than doubled the score of the Skyhookers to remain undefeated, 156-75.

The end result of this game all stemmed from some comments made a few weeks ago. Coming off of a win and feeling confident, the Skyhookers claimed they were “coming for The Alliance,” and said they could beat them. Unfortunately for the Skyhookers, The Alliance may have been listening closely and did not forget about their prior statements.

Max Matroni led The Alliance in scoring with 52 points on 23-of-29 shooting, while also tallying 14 rebounds and nine assists. The Alliance also had every other player eclipse the 20-point mark, while not having any player shoot less than 50 percent from the floor. The Alliance had a very balanced and efficient night.

Brendan O’Donnell led the Skyhookers in scoring, as he has in every game they have played this season, with 49 points. This is just the second time he has posted over 40 points in a game, the last time being Week 4, where he dropped 46 points in a three-point victory over Big Baller Brand. Scoring in bunches is nothing new to O’Donnell.

Fatigue was definitely a factor for the Skyhookers on Wednesday night. With only three players suited up, it is nearly impossible to keep up with the fast-paced style of The Alliance. The Alliance also never let up until midway through the third quarter. The Alliance played their patented full-court man defense, and with a three-on-four advantage every time, they constantly had someone in a double team.

The Alliance made Wednesday night’s victory look very easy.The Alliance was trying to have as much fun as possible, before having to switch gears for the upcoming playoffs. With their win Wednesday, The Alliance officially enters the playoffs as the no. one-seed and clinches a first-round bye. After the loss, the Skyhookers have locked up the no. 5-seed.

The Skyhookers will face off against the fourth-seeded Werewolves in their first playoff game on November 29. These teams played twice already this year, splitting the season matchup at a game a piece. These two teams know each other well, and match up with one another to make what should be a closely-contested game.