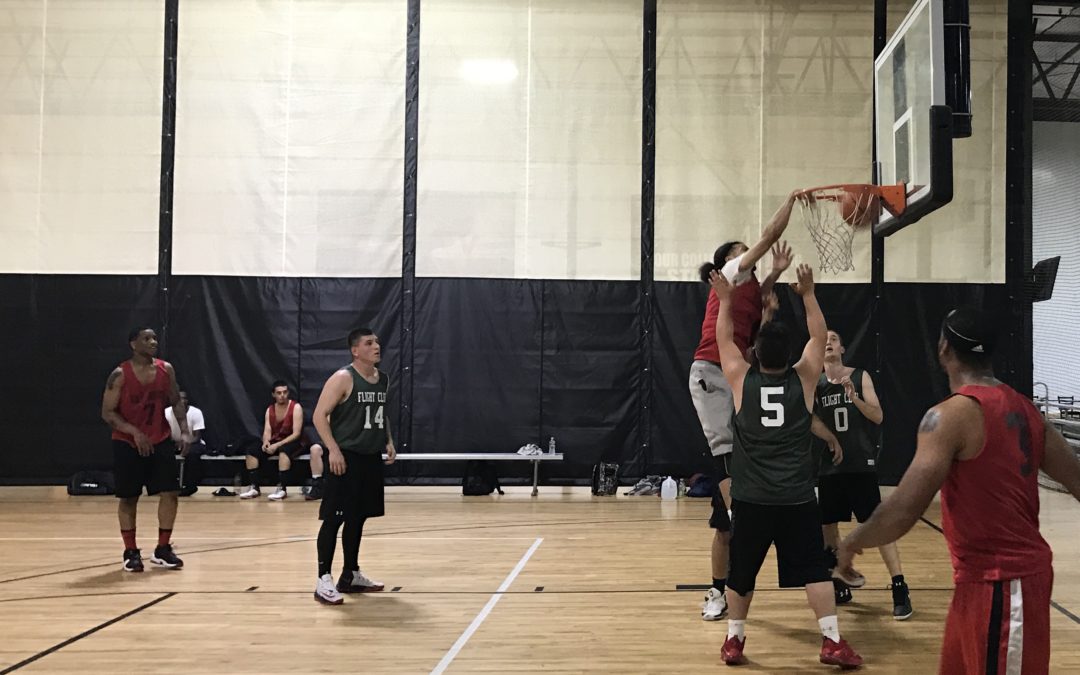 The question remains: What will you do when the Bad Boyz come for you? Monday night, the Flight Club could not find the answer. After dueling it out for 4 quarters, the Bad Boyz pulled away from Flight Club, 67-57.

It’s hard to mention anything about this game without directly referring to standout player, Destin Simmons. Simmons was unreal in this one, finishing the night with 42 points to go along with 9 rebounds. Scoring from deep at a high clip, dunking on opponents and crashing the glass…Simmons was an unstoppable force Monday night.

Jaylen Eggleston also had a great night for the Bad Boyz, showing off his hops with some electrifying dunks. He finished with 12 points on an efficient 5-for-7 shooting from the field.

Flight Club fought hard and was within striking range for a majority of the game. Brandon Guittard had a fantastic game in the losing effort, finishing with 24 points on only 11 shot attempts! Despite the loss, Flight Club showed flashes and competed hard as a unit. Their youth and hustle should provide for some exciting games to come this season.

With week 1 in the books, both teams look to rest up and plan for their week 2 matchups. With still a full season essentially ahead of us, there is still plenty of time for the chips to fall how they may. Don’t be surprised if either of these 2 teams makes a post season push later in the season.