The Bad Boyz put their foot down, stomp down on the Double Dribblers 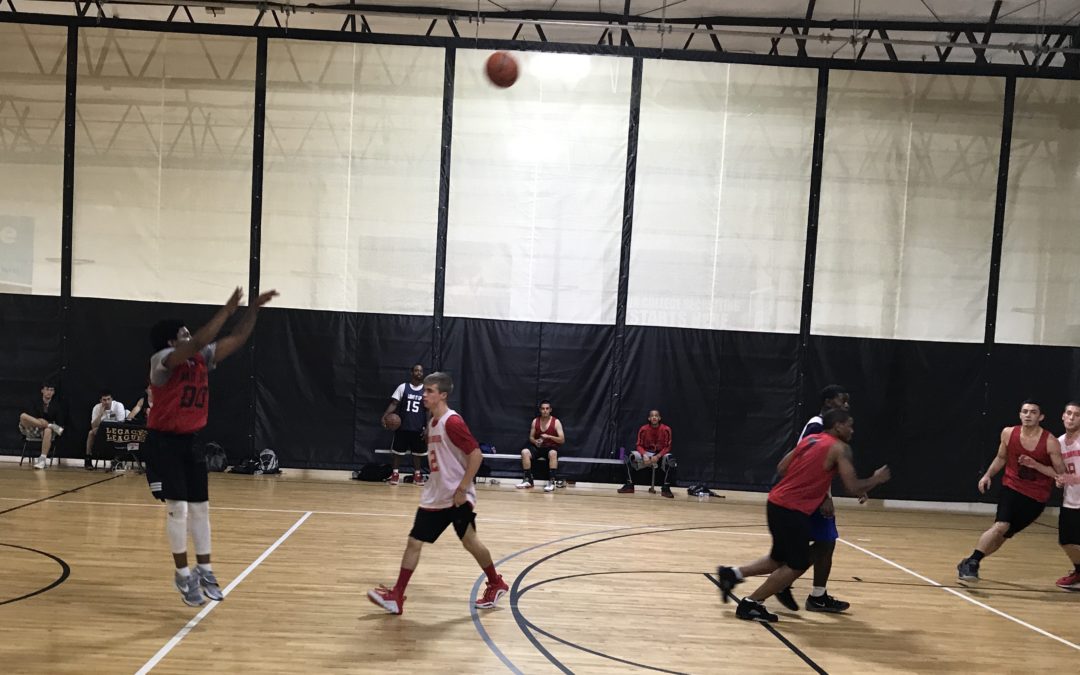 Coming off of a lackluster performance in Week 6, The Bad Boyz came out on Monday night with a fire lit underneath them. After jumping out to an early double-digit lead, the Bad Boyz never looked back, blowing past the still-winless Double Dribblers, 90-62.

The Bad Boyz have made serious waves throughout the league over recent weeks. Now on a three-game winning streak, the Bad Boyz have some momentum working in their favor. When the core of their lineup shows up, they truly believe the can compete with anyone in the league.

“Once we get the hot hand, we’re unguardable,” the Bad Boyz’s Jaylon Eggleston said.

One of the core players for the Bad Boyz during their winning-streak has been Destin Simmons. Simmons continues to have an excellent season, supplemented by his 36-point performance Monday night. While the point totals were impressive, it was his efficiency that stood out on the stat sheets, shooting a ridiculous 14-of-18 from the field. The Double Dribblers simply had no answer for Simmons on the defensive end of the floor, as he showed off his elite range.

Now with only two weeks remaining in the regular season, the Double Dribblers still find themselves searching for their first taste of victory. While their Week 8 matchup with Sensual Chocolate doesn’t look too promising, it’s their Week 9 matchup with Fry Time that could potentially be a barn-burner between two of the league’s weakest teams.

As for the Bad Boyz, their recent win streak has catapulted them right into the playoff picture. In Week 8, they take on The Throne, who have also been rolling, now on a six-game winning streak. It should be a highly-contested matchup between two of the hottest teams in the league.

Who’s a contender? Who’s a pretender? We look forward to finding out next Monday.