The Brotherhood claims another nail-biter, slipping past The Throne 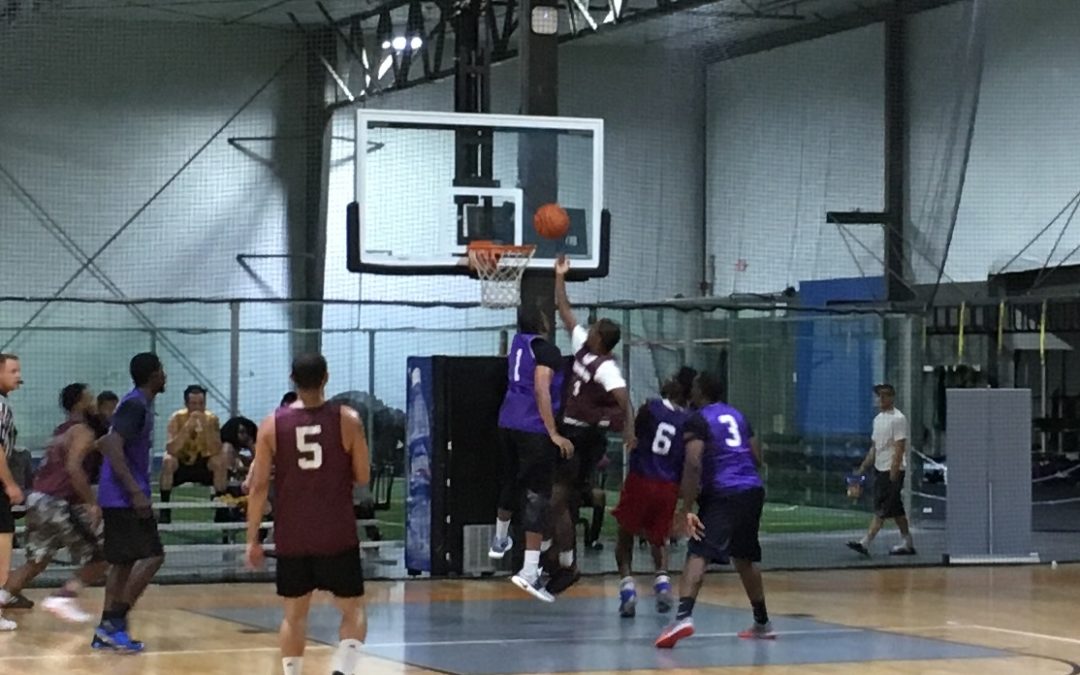 The Brotherhood must love playing in close games.

Once again, it was anybody’s game late in the fourth quarter, but The Brotherhood found their offense at the right time and came away with an 86-81 win over The Throne and head into the postseason with a sense of momentum.

“We had to get this win for momentum heading into the playoffs,” The Brotherhood’s Jibril Chisholm said. “It feels good, now we’re ready for the playoffs.”

After losing two out of their last three games, The Brotherhood can enter the postseason with a crucial win fresh on their minds, although one that did not come easy.

Seeking a statement win before playoff time, The Throne came out aggressive and finished with seven steals and out-rebounded The Brotherhood 22-8. Their offense attack was led by Jacobson and Stenson Jean-Baptiste, who combined for 48 points on 23-of-33 shooting. Stenson Jean-Baptiste also added seven rebounds, with six of them coming on the offensive end.

With the help of the Jean-Baptiste brothers, The Throne remained in the game in the second half by owning a clear advantage in the paint, until Russ Payton got going. Payton led The Brotherhood with 25 points on 8-of-12 shooting, and also hit nine of his 11 free throw attempts.

The Brotherhood looked like the might pull away with a relatively easy win in the second quarter when they built a double-digit lead and looked like The Brotherhood team that won two championships in the past three seasons. However, The Throne cemented themselves in the paint and mounted a comeback, and the game was a back-and-forth affair for the entire second half.

Once again, The Brotherhood showed they could close out tight games in crunch time that will be a valuable asset in the playoffs, where any game could come down to the wire.

“We showed we could close games out,” Payton said. “When we’re all here, we could beat anybody.”