The Brotherhood comes back to force OT, shocks Sensual Chocolate 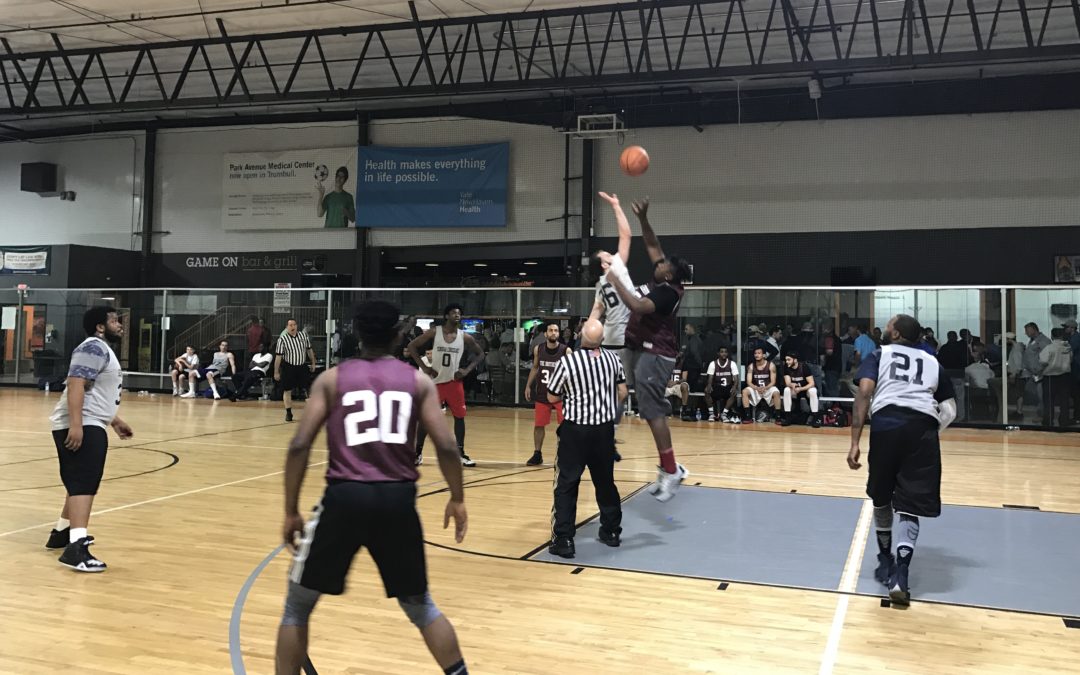 A lot can happen in 27 seconds. Just ask Sensual Chocolate.

A comfortable lead late in the fourth quarter turned into a stunning loss for Sensual Chocolate on Monday night as Mike Davis and The Brotherhood completed an improbable comeback and sealed the deal in overtime to avoid their first ever Legacy League loss, 93-88. The team remains undefeated as they begin their third year in the league.

Down by eight with under three minutes to go in the game, The Brotherhood came to life by stealing two consecutive inbounds passes in under a half a minute and capped it off with an old fashioned three-point play by Kay Hill. Sensual Chocolate still had a chance to survive in regulation, but a missed free throw from Aaron Samuel sent the game to overtime where the experienced Brotherhood would not be denied.

“We just know what it takes to win, and we’ve been here before.” The Brotherhood’s Jibril Chisholm said. “The Brotherhood is back in full effect.”

They almost weren’t back. Trailing by as much as 14, the Brotherhood used their experience to keep the game within arm’s reach before pouncing on the defensive end and converting quick buckets led by Davis and Jonathan Robles. The duo combined for 61 points on 23-31 shooting. No other player on The Brotherhood tallied more than nine points.

Robles’ three pointer began the tidal wave of momentum for The Brotherhood, who made inbounding life near impossible for Sensual Chocolate down the stretch as a commanding lead turned into a tie game in the blink of an eye.

Three point shooting helped The Brotherhood fight their way back as they shot 50% from beyond the arc. Sensual Chocolate had the hot shooting half in the first half, mainly led by last year’s MVP runner-up Carmine Santorelli, who finished with a team-high 26 points. Unfortunately for Sensual Chocolate, Santorelli would finish the game missing his last five three-point attempts.

The Brotherhood is returning from a season long hiatus, having not participated in the winter season. It may have taken three and a half quarters, but they rediscovered their groove when it mattered.

“We had to shake a little rust off,” Chisholm said. “Once we got back to our original defense, it was slow for them.”

Sensual Chocolate will have to shake off a devastating loss as they head into week two against Fry Time.