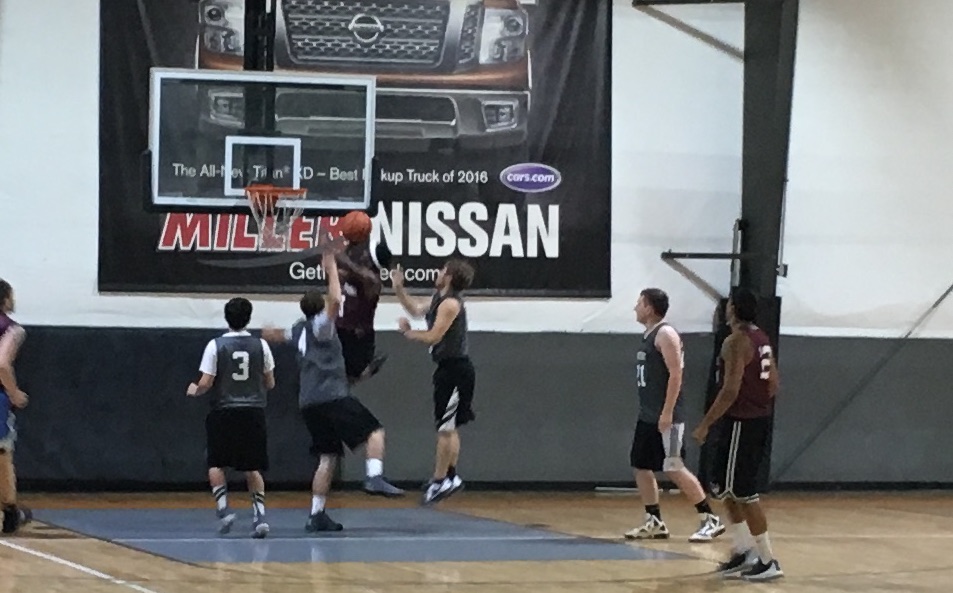 The highest scoring team in week three with 105 points would be none other than the still undefeated Brotherhood. After outscoring their opponent in every quarter of the game, they coasted to a lopsided win, 105-58 over Sometimes Y.

Going into this match up The Brotherhood were a 50 point favorite. It would take a last second bomb in the fourth quarter, but Sometimes Y scored the three points necessary to spoil the spread at the final buzzer. After the statement win Jibril Chisholm of The Brotherhood raved about his team’s determination going forward.

“Our confidence is already there, we know what we want this season. [In fact] it is already ours,” Chisholm said.

In a game where The Brotherhood exerted complete dominance for four straight quarters, Matt Serrano of Sometimes Y did not go down without a fight. He and teammates Pat Gilson and Kevin Connors contributed in the scoring load. Serrano was the leading scorer with 13 points shooting a perfect 6-for-6 from the floor.

In what turned out to be a surprisingly competitive first half, The Brotherhood had a different agenda for the second half of play. The Brotherhood’s Jonathan Robles dominated the paint and made it his home turning away two shots and hitting 18 of his 19 shots taken down low.

He was not alone in the win as Russ Payton in just his second game back dazzled the spectators with 21 points and five assists. Payton shot an efficient 10-for-13 from the field.

The always passionate Chisholm ended his postgame interview by doing what he does best, calling out some of the leagues top guns.

“No Limit is good [competition] but they are not ready and neither are the Monstars. They have a trophy that belongs to us.”