The Brotherhood outlasts Lob 203, but seek improvements before Quarterfinals 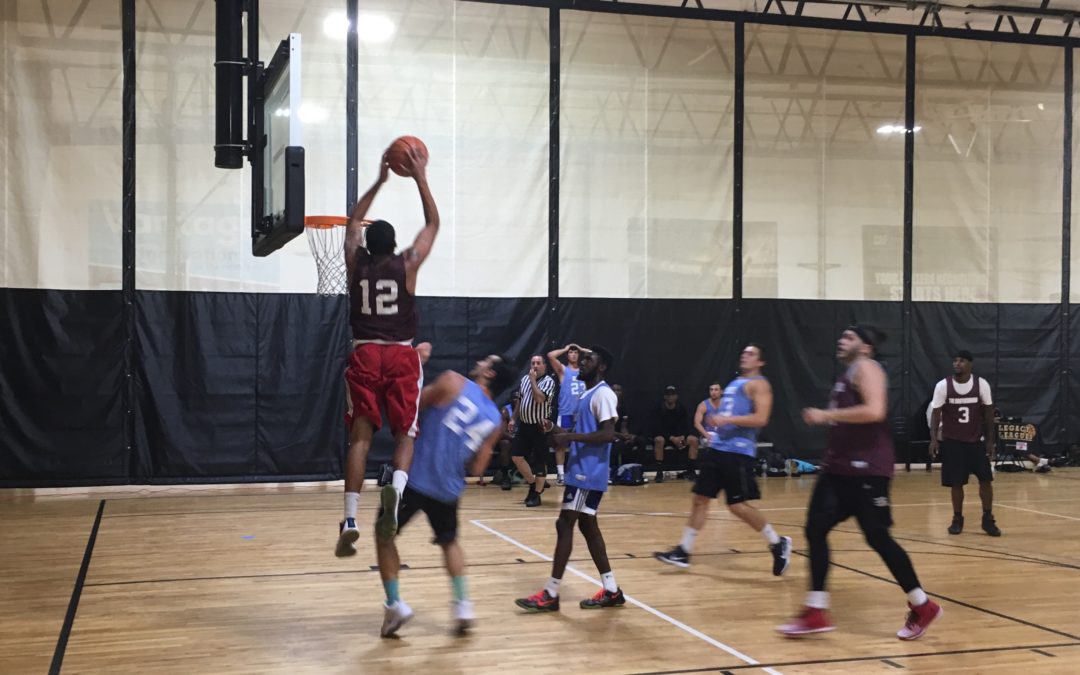 In a game that was closer than everyone expected, Eric Singleton and Lob 203 came out fighting for the entire 40 minutes, coming up just shy, 83-75, against The Brotherhood.

From the opening tip both teams were running and gunning in a back-and-forth first half that ended tied at 42.

“We were testing boundaries,” The Brotherhood’s Jibril Chisholm said. “We were not playing as much defense as we should have, but in the second half we wanted to turn it up a little bit and handle our business.

Singleton finished the game with 31 points and five rebounds, but crumbled in the final stages of the game due to the lack of help from his teammates and a ferocious trap defense by Mike Davis and Russ Payton.

Both Payton and Davis were the catalyst for the Brotherhood. Davis finished with 20 points while Payton lead the team in scoring with 33 points and made his presence felt in the paint with five rebounds. Jonathan Robles had a strong second half when adjustments were made, he finished with 16 points and three rebounds.

With this win the Brotherhood will advance to the next round and play The Throne in a game they hope to make adjustments in.

“We need to stop playing down to our competition because we know we are the best team in this league and we need to play like that from the opening tip-off,” Chisholm said.