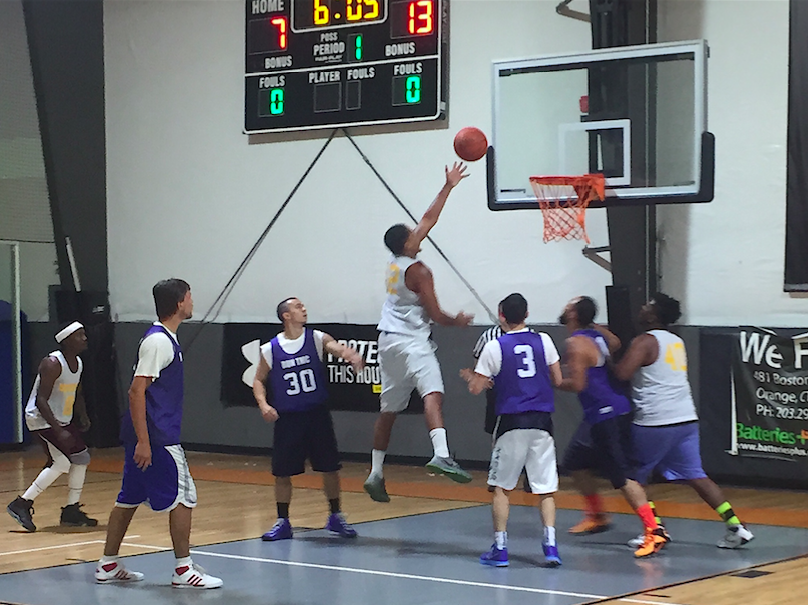 The “Run” in Run TMC was tested and exposed, as the absence of key players was too much to keep up with the juggernaut of the league, The Brotherhood.

Russ Payton lead the way and solidified a 90-74 victory for the Brotherhood (3-0) over Run TMC (0-3), a Week 3 tilt that was an unexpected slug fest throughout most of the game.

Run TMC, down both Shaq Holman and Nick Civale, found contributions from Matt Zocco and the rest of the squad to keep themselves down only 37-43 going into halftime.

The camaraderie was certainly working for Run TMC into the third quarter, but the lack of bodies and The Brotherhood’s relentless offensive assault proved too much to overcome.

Russ Payton’s powerful driving style helped him contribute 28 points to his team’s win, as Tim Adanti‘s five blocks intimidated the opponent’s shots for most of the game.

“They (Run TMC) really gave us a good run,” The Brotherhood’s Jibril Chisholm said. “The fourth quarter we knew what we needed to do and execute.”

The Brotherhood hopes to continue their undefeated streak next Tuesday against another winless team in One Time, as Run TMC is still in search for their first victory, as they face-off against a one-win Kekambas squad.